In order to spread awareness on cancer treatment worldwide and shed light on global inequalities, we invited BGI Genomics Senior Product Manager Thomas Qiu to share revealing data-based insights how to fill the gap and highlight the importance of early detection and hereditary gene screening panels.

Can you provide an overview of the current global state of cancer rates and why they may be concerning?

There were 19.3 million new cases of cancer and almost 10 million deaths from cancer in 2020. The most common cancers are breast, lung, colon, rectal, and prostate cancer.

Cancer is a significant cause of morbidity and mortality worldwide, in every world region, irrespective of the level of human development. It is worth reiterating that, in Africa, the cumulative risk of death from cancer among women in 2020 is broadly comparable to the risks observed among women in Northern America and in the highest-income countries of Europe.

Since the 1990s, the incidence of cancer for people under the age of 50 has grown considerably. Why do you think this is, and are there any methods to help stop this rise?

I think there are two main reasons for the increase in the incidence of cancer. First, changes in eating habits, lifestyles, and the environment over the past few decades may have contributed to the prevalence of early-onset cancer; for instance, many people often consume highly processed foods and sugar-sweetened beverages and have a sedentary lifestyle, etc.

Second, with the development of early cancer screening technology and the improved awareness of human health, more and more people will undergo cancer screening, which will help improve the detection rate of early-stage cancer.

When it comes to patients with cancer, approximately 80% of patients are detected in the middle and advanced stages, and the 5-year survival rate of patients is less than 10%. Relevant studies have shown that the cure rate of early-stage cancer can be as high as 90%, especially for groups with a familiar inheritance of cancer, older high-risk groups, etc. Therefore, in addition to developing good living habits, early screening is very important.

What areas of the globe are being particularly overburdened as a result of rising cancer rates?

Are there particular forms of cancers that impact low and middle-income countries more severely?

In low-income countries, about 30% of cancer cases are caused by cancer-causing infections such as human papillomavirus and hepatitis. Compared with patients in high HDI countries, low HDI countries have more patients with advanced cancer and higher rates of infection-related cancers, such as cervical cancer caused by HPV. For example, the countries with the highest rates of cervical cancer are all from eastern, southern or western Africa.

What is the reason for this inequality, and how could it be balanced?

People in low HDI countries are exposed to more risk factors, and the risk factors for cancer death and complications are not well understood, and patients are 2-3 times more likely than other countries to experience serious complications or death after surgery. The serious shortage of early cancer screening and effective cancer treatment facilities in these countries is also an important reason for the high morbidity and mortality.

Can you compare survival rates from a developed nation to those in low to middle-income nations?

The overall incidence of cancer in high-HDI countries is much higher than in most low and mid-HDI countries. For example, the overall annual cancer incidence rate for men and women in Australia, North America and Europe is about 300 cases per 100,000 people, while India, and many countries in the Persian Gulf and sub-Saharan Africa, have only a third of this rate. Cancer death rates are similar between the two.

What is the importance of comprehensive hereditary cancer gene screening panels?

Authoritative medical research at home and abroad shows that about 5%-10% of malignant tumors are hereditary tumors; the probability of passing on pathogenic gene mutations to offspring is generally 50%, so hereditary tumors often have the characteristics of familiar aggregation.

What is the difference between screening and diagnosing?

Second, the subjects are different: Screening tests are observed in healthy or apparently healthy individuals. Diagnostic tests are based on patients or suspected patients.

How could screening programs take the pressure off health services in low- to middle-HDI nations?

Mortality and hospital visit costs were reduced among screened populations in low-income areas by selecting a few specific cancers and implementing nationwide early screening. It is very important to reduce the social burden, which can help to then reduce the family's economic burden and overall medical expenditure.

The treatment cost of colorectal cancer precancerous lesions is about USD 2800, but the treatment cost of the advanced stage (IV stage) is more than USD 35.000. According to World Health Organization data, a third of cancers can be treated through early detection.

Therefore, early detection and early diagnosis of tumors are essential to improve the survival rate of patients and also reduce the medical expenditure burden on the country and individuals.

What is BGI SENTIS™, and how does it lead the way in cancer screening?

BGI has independently developed a gene sequencing platform and technology system. At present, it has established a closed-loop product line for tumor gene detection from the four dimensions of prevention, early screening, diagnosis and treatment, and monitoring.

How do BGI’s Comprehensive Hereditary Cancer Panels work, and what cancers do they target?

For BGI hereditary tumor products, DNA is extracted from the saliva or blood. This DNA is put through high-throughput sequencing, and the mutations of 23 kinds of male/female hereditary tumor-related genes are analyzed in one test. Combined with an understanding of family medical history and other information, it is then possible to understand the hereditary risk of cancer, health management, and early intervention.

How does the workflow chain of BGI SENTIS™ benefit patients in low to middle-income nations?

For example, BGI HPV genotyping detection is based on Next Generation Sequencing (NGS) technology that carries out high-risk HPV genotyping with a large sample volume for each run, which could largely decrease the testing cost for each individual.

BGI SENTIS Colotect detection is based on an automatic workstation to fulfill the sample preparation in the laboratory, lowering the manual operation cost for the whole workflow.

Why is early detection so important for colorectal cancer (CRC), and what makes it so deadly?

Regular prevention and early screening are staples for #cancerawareness, but how important are everyday choices, such as a healthier diet and regular physical activity, for reducing cancer risk?

Lifestyle is a significant factor that contributes to the burden of cancer. Some major risk factors have been widely proven to increase cancer incidence and mortality, such as tobacco use, physical inactivity, obesity, poor diet, and alcohol use.

What do you think has been the most significant improvement achieved in cancer treatment in the last decade, and what is the key factor for attaining further significant progress in defeating cancer?

Precision medication for cancer treatment has been a revolutionary step in the treatment of cancer in the past decade. More people benefit from targeted drugs, and immunotherapy is often associated with long-term survival. Effective population-based screening, more screening, and therapies based on the advanced research of cancer mechanisms and technology are the key to attaining further progress in the ongoing fight against cancer.

BGI Genomics, headquartered in Shenzhen China, is the world’s leading integrated solutions provider of precision medicine. Our services cover more than 100 countries and regions, involving more than 2,300 medical institutions. In July of 2017, as a subsidiary of BGI Group, BGI Genomics (300676.SZ) was officially listed on the Shenzhen Stock Exchange. BGI has topped the Asia Pacific and China life science corporate institution ranking table for the seventh year running, released in the 2022 Nature Index Annual Tables. 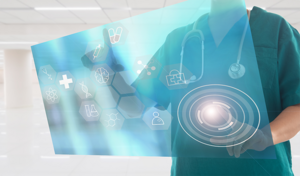