The central aim of the Paris climate agreement is clear: Limiting man-made global warming to well below 2°C. This limit requires a reduction in greenhouse gas emissions to net zero. But what do the intermediate stages look like? How big should the reduction in emissions be within the next five, ten, or fifteen years? And which emissions path is being followed? There is no consensus on these issues between countries, which complicates the active implementation of the Paris Agreement.

Researchers at the University of Bern have now developed a new method to determine the necessary reduction in emissions on a continuous basis. The main idea: Instead of complex climate models and scenarios, the observed relationship between warming and emissions is applied, and the reduction path is adapted repeatedly according to the latest observations. This new approach has just been published in the journal Nature Climate Change.

A new calculation method for the emission reduction path

To date, climate models have been used to calculate possible emissions pathways to the net zero goal. These pathways are based on scenarios including economic and social developments. “These calculations for the emission paths are subject to large uncertainties. This makes the decision-making more difficult and might be one reason why the promised reductions made by the 194 signatory countries to the Paris Agreement remain insufficient,” says lead author Jens Terhaar, explaining the background to the study. Like most of the other authors, Terhaar is a member of the Oeschger Center for Climate Change Research at the University of Bern.

“Since the climate agreement actually aims at regulating temperature, we thought to specify an optimal emissions reduction path for this purpose which is independent of model-based projections,” continues Terhaar. According to this initial idea, a calculation method has emerged which is based exclusively on observation data: on the one hand, global surface temperatures in the past, and on the other hand, CO2 emissions statistics.

The Paris Agreement calls for a stocktake of the necessary reductions in global emissions every five years. “The new Bern calculation method is ideally suited to support the stocktake mechanism of the Paris Agreement, as it enables the emission reductions to be recalculated regularly on an adaptive basis,” explains co-author Fortunat Joos of the Oeschger Center. For this purpose, a new algorithm has been developed which is known as the AERA (adaptive emissions reduction approach). In simple terms, the algorithm correlates CO2 emissions with rising temperatures, and is adjusted using a control mechanism. In this way, the current uncertainties in the interaction between these variables can be put aside.

“Our adaptive approach circumvents the uncertainties, so to speak,” explains Fortunat Joos. “In the same way that a thermostat continuously adjusts the heating to the required room temperature, our algorithm adjusts the emission reductions according to the latest temperature and emissions data. This will allow us to approach a temperature goal, such as the 2°C goal, step-by-step and with specific interim goals.”

“The AERA method already confirms that international climate policy must be far more ambitious,” demands Terhaar. According to the Bern study, to achieve the 2°C goal, global CO2 emissions would have to fall by 7 percent between 2020 and 2025. They actually increased by approximately 1 percent in 2021 in comparison with 2020, though. According to the algorithm, limiting global warming to 1.5°C would require as much as a 27 percent reduction by 2025. “We need far stricter emissions goals than those to which nations have committed,” explains Thomas Frölicher, co-author of the study from the Oeschger Center, “and above all else, effective implementation of the goals.”

The Researchers in Bern hope that the new calculation method will succeed in finding its way into international climate policy. “The AERA algorithm is already attracting a lot of interest in the climate research community, as it can also be applied to climate modelling,” explains Jens Terhaar. Until now, climate models with prescribed greenhouse gas concentrations have been used. This meant that at the end of the 21st century, the warming for a specific greenhouse gas concentration was very uncertain. When using the climate models with the AERA, however, emissions are continuously adjusted according to the calculated temperature and the intended temperature goal. On this basis, the model temperature is eventually stabilised at the intended level and all the models simulate the same warming, but with different emission pathways. “The AERA enables us to study impacts such as heat waves or ocean acidification for different temperature goals – such as 1.5°C versus 2°C versus 3°C – on a consistent basis and with state-of-the-art models,” explains Terhaar.

Worldwide, 11 research groups have already started to apply the algorithm under the leadership of the University of Bern in order to study such impacts. 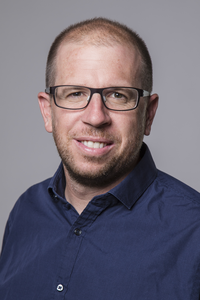 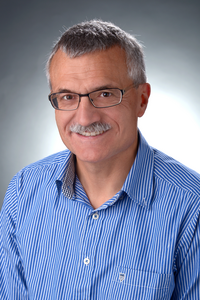