Wildlife trafficking is a well-known threat to biodiversity, with many species imperiled by poachers working in the illegal pet trade. Worse still, when traffickers are caught in the act, they often evade prosecution through animal "laundering"—erroneously claiming that the confiscated wildlife was bred in captivity.

Published in the journal Biology’s special issue, Applications of Stable Isotope Analysis in Ecology, Dr. Jack Hopkins, President and Associate Professor of the Center for Wildlife Studies and colleagues describe a novel technique to prevent laundering one of Maine’s imperiled species, the wood turtle. The key to the authors' approach lies in carbon and nitrogen stable isotopes, chemicals that exist in animal tissues, which vary depending on diet. Using stable isotopes from turtle claw tips, the authors produced a statistical model that can determine—with impressive accuracy—whether wood turtles are wild-caught or captive-bred.

To develop the model, co-authors Drs. Matt Chatfield and Cheryl Frederick collected claw tips from 35 wild wood turtles in Maine and compared their isotopes with those of 36 captive turtles throughout the eastern U.S. Because captive and wild turtles have drastically different diets, the isotopic signatures of their tissues were also expected to differ. According to Hopkins, the resultant model was highly effective: "The model predicted all but two of the 71 turtles as wild or captive, yielding a success rate of over 97%."

“This technique will provide conservation law enforcement officials a much-needed wildlife forensic tool and is the first crucial step in developing a more widespread application used to help combat the illegal turtle trade,” said Hopkins. “The need is particularly important because despite reptiles' overwhelming prevalence in the wildlife trade, a relative paucity of funding is allocated to their protection.”

In the future, despite the nearly perfect predictions of the current model, Hopkins and co-authors are confident that new models will reach 100% accuracy and encompass other geographic regions and vulnerable turtle species.

Is that turtle legal? Fighting wildlife trafficking with stable isotopes 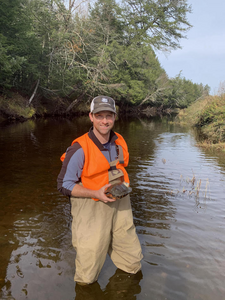 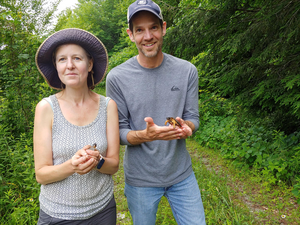