New research sheds light on how the “hell planet” got so devilishly hot and how other worlds might become too toasty for life. That rocky world, 55 Cnc e (nicknamed “Janssen”), orbits its star so closely that a year lasts just 18 hours, its surface is a giant lava ocean, and its interior may be chock-full of diamond.

The fresh insights come thanks to a new tool called EXPRES that captured ultra-precise measurements of the starlight shining from Janssen’s sun, known as Copernicus or 55 Cnc. The light measurements ever-so-slightly shifted as Janssen moved between Earth and the star (an effect akin to our moon blocking the sun during a solar eclipse).

By analyzing those measurements, astronomers discovered that Janssen orbits Copernicus along the star’s equator — unlike Copernicus’ other planets, which are on such different orbital paths that they never even cross between the star and Earth, the researchers report December 8 in Nature Astronomy.

The implication is that Janssen probably formed in a relatively cooler orbit further out and slowly fell toward Copernicus over time. As Janssen moved closer in, the stronger gravitational pull from Copernicus altered the planet’s orbit.

“We’ve learned about how this multi-planet system — one of the systems with the most planets that we’ve found — got into its current state,” says study lead author Lily Zhao, a research fellow at the Flatiron Institute’s Center for Computational Astrophysics (CCA) in New York City.

Even in its original orbit, the planet “was likely so hot that nothing we’re aware of would be able to survive on the surface,” Zhao says. Still, the new findings could help scientists better understand how planets form and move around over time. Such information is critical to finding out just how common Earth-like environments are in the universe and, therefore, how abundant extraterrestrial life may be.

Our solar system, after all, is the only place in the cosmos where we know life exists. It’s also flat as a pancake — all the planets orbit within a few degrees of one another, having formed from the same disk of gas and dust. When exoplanet-hunting missions started discovering worlds around distant stars, they found many planets that didn’t orbit their host stars on a flat plane. This raised the question of whether our pancakelike solar system is truly a rarity.

Copernicus’ planetary system, which is 40 light-years away from Earth, is of particular interest given how well studied and complex it is: Five exoplanets orbit a main-sequence star (the most common category of star) in a binary pair with a red dwarf star. In fact, Janssen was the first ‘super-Earth’ discovered around a main-sequence star. While Janssen has a similar density to Earth and is likely rocky, it’s about eight times as massive and twice as wide.

Determining Janssen’s path around Copernicus could reveal much about the planet’s history, but making such measurements is incredibly hard. Astronomers have studied Janssen by measuring the dip in Copernicus’ brightness every time the planet comes between the star and Earth.

That method doesn’t tell you what direction the planet is moving in. To find that out, astronomers take advantage of the same Doppler effect used in speeding cameras. When a light source is moving toward you, the wavelength of the light you see is shorter (and therefore bluer). When it’s moving away, the frequency is shifted wider, and the light is redder.

The resulting difference in the starlight, however, is almost immeasurably small. Teams had tried before but couldn’t accurately determine the planet’s orbital path. The breakthrough in the new research came from the EXtreme PREcision Spectrometer (EXPRES) at the Lowell Observatory’s Lowell Discovery Telescope in Arizona. True to its name, the spectrometer offered the precision needed to notice the light’s tiny red and blue shifts.

The EXPRES measurements revealed that Janssen’s orbit is roughly aligned with Copernicus’ equator, a path that makes Janssen unique among its siblings.

Previous research suggests that the nearby orbit of the red dwarf resulted in the misalignment of the planets relative to Copernicus. In the new study, the researchers propose that interactions between the heavenly bodies shifted Janssen toward its hellish present-day location. As Janssen approached Copernicus, the star’s gravity became increasingly dominant. Because Copernicus is spinning, the centrifugal force caused its midsection to bulge outward slightly and its top and bottom to flatten. That asymmetry affected the gravity felt by Janssen, pulling the planet into alignment with the star’s thicker equator.

With Janssen’s history illuminated, Zhao and her colleagues now plan to study other planetary systems. “We’re hoping to find planetary systems similar to ours,” she says, “and to better understand the systems that we do know about.”

How the ‘hell planet’ got so hot 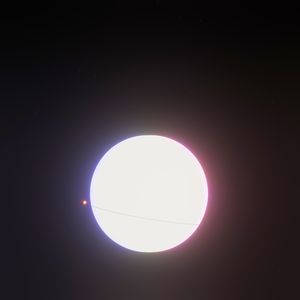 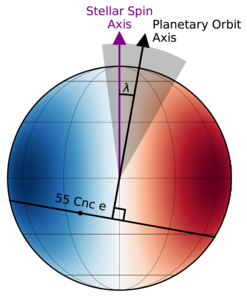 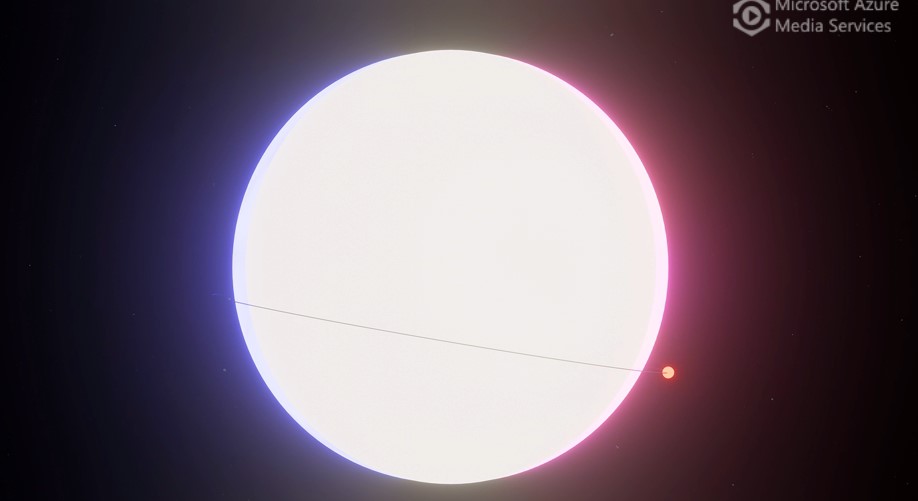