In two new papers published in Science magazine, researchers from the Royal Botanic Gardens, Kew, Queen Mary University of London, and partners from over 50 global organisations have undertaken a major review of Madagascar’s extraordinary biodiversity.

Bringing together the most up to date resources and using cutting-edge techniques to predict conservation status, the team evaluated the threats facing terrestrial and freshwater biodiversity and looked at future opportunities for conservation and restoration.

Madagascar is one of the world’s foremost biodiversity hotspots, with unique plants, animals, and fungi, the majority of which evolved on the island and occur nowhere else. And yet these papers highlight that there is still much to learn about this biodiversity, particularly about fungi and invertebrates, where current scientific species descriptions represent a small fraction of the full diversity present. Despite species descriptions accelerating in recent years, there is much to do to describe the full range of Malagasy species and to understand their past, present and future.

Understanding the origins, evolution, current distribution, and uses of Madagascar’s extraordinary biodiversity in this way is crucial to highlighting its global importance and guiding urgent conservation efforts. It is estimated that there are 11,516 described species of native Malagasy vascular plants, of which a staggering 82% are endemic. Among the 1,314 species of native terrestrial and freshwater vertebrates, the figure is even higher - with 90% endemism overall.

This unique diversity is in grave danger. The research team compiled available IUCN assessment data on plants and vertebrates and used machine learning to predict the extinction risks for plant species lacking assessments. Only a third of all Malagasy plant species (just under half of native species) have been formally assessed, and yet researchers found that Madagascar is home to a disproportionately high number of Evolutionarily Distinct and Globally Endangered species and that the number of threatened ferns and their relatives may have been underestimated. Their analyses showed that overexploitation (the direct hunting and harvesting of species) and unsustainable agricultural practices affect 62.1% and 56.8% of vertebrate species, respectively, and each affect nearly 90% of all plant species. They conclude the current knowledge on Madagascar’s biodiversity and its decline indicates an urgent need for action.

Queen Mary PhD student Rowena Hill said: “Madagascar is known as one of the most significant biodiversity hotspots in the world; it is home to a diverse collection of unique fauna and flora, but these are increasingly being encroached and threatened. We also know very little about the third ‘f’, funga, and there may be many useful and endangered species of Malagasy fungi that are yet to be described to science. Our research uses the largest amount of data so far to summarise the origin, evolution and current distribution of Malagasy species, as well as reviewing threats and extinction risks. The biodiversity of Madagascar is also a basic source of subsistence for many of the Malagasy people and we propose opportunities to protect it that are mindful of historical and existing social inequalities. ”

Queen Mary PhD student Marie Henniges said: “This collaborative and extensive review project has been game changing. We have created a multi-faceted overview of the current state of Madagascar’s biodiversity, one of the world’s most biodiverse and threatened areas. This project demonstrates how we can use existing data to gain insights into complex natural patterns, and guide future conservation strategies.”

“Professor Alexandre Antonelli, Director of Science at Royal Botanic Gardens, Kew said: “Nature is our biggest asset in the fight against climate change and food insecurity. Yet, we’ve degraded every ecosystem on this planet to a fraction of their past extent, killing off large numbers of species and putting many more at risk. Madagascar is a point in case: its biodiversity is as unique as it is threatened. We wanted to showcase this global hotspot and outline the actions required to reset our relationship with nature and ensure its protection and sustainable use. The key solution is addressing the needs of people”.

Currently, protected areas cover 10.4% of Madagascar and are relatively well-placed to capture the island nation’s biodiversity. The team found that the network provides good coverage of the major habitats, particularly mangroves, spiny forest, humid forest, and tapia, but that subhumid forest and grassland-woodland mosaic have very low areas under protection (5.7% and 1.8% respectively). Nevertheless, 79.6% of threatened plants and 97.7% of threatened vertebrates occur within at least one protected area. Complementary to this, off-site conservation  collections hold 18% of vertebrate species and 23% of plant species. Maintaining and improving the quality of protection in these areas, along with effective off-site conservation  conservation, such as seed banks and breeding and reintroduction programmes, and integrated community programmes, will be the key to success.

Madagascar’s rich biodiversity, particularly its diverse flora, has provided many opportunities for human utilization and there are many more useful properties waiting to be unlocked. Of the 40,283 plant species documented to be used by humans worldwide, 1,916 (5%) are found on Madagascar. Of these, 1,596 are native and endemic to the island. The challenge is to find a balance between local use of biodiversity and conserving the integrity of protected areas. The majority of Madagascar’s over 28 million inhabitants live outside of, but often very close to, protected areas. These communities face challenges connected to widespread poverty, which itself is related to degradation of natural capital in the landscape, limited access to formal education, health care and regulatory issues including land tenure.

“Madagascar has always been known as biodiversity hotspot. The results from the analysis in these papers are alarming as Madagascar’s biodiversity and landscape have changed dramatically over the last decades. It’s unthinkable that we will lose this richness if no urgent actions are taken. Malagasy people are currently feeling the effects of climate change, which impact household livelihoods. Saving Madagascar’s biodiversity is the responsibility of everyone including civil societies, policy makers and based communities, the time is now to take action.”

Madagascar has made important progress towards achieving international climate, biodiversity, and sustainable development goals; providing a foundation on which to build in the coming decades. The researchers frame biodiversity as the greatest opportunity and most valuable asset for Madagascar’s future development - a key resource for the sustainable future and well-being of its citizens.

They propose five opportunities for action to further conservation in a just and equitable way:

This body of research and the evidence collated makes a clear case for Madagascar as one of the world’s foremost conservation priorities. The researchers have presented a clearer and more detailed understanding than ever before of past and present Malagasy diversity, its current distribution and the threats it faces. The underlying data is the product of decades of research from Malagasy and international biologists and the authors argue the gathering and analysis of data must continue and accelerate if we are to safeguard Madagascar’s unique biota.

For high-res images and quotes from collaborating institutions, please download from the following link and credit from file name.

Kew Science is the driving force behind RBG Kew’s mission to understand and protect plants and fungi, for the well-being of people and the future of all life on Earth. Over 300 Kew scientists work with partners in more than 100 countries worldwide to halt biodiversity loss, uncover secrets of the natural world, and to conserve and restore the extraordinary diversity of plants and fungi. Kew’s lays out five scientific priorities to aid these goals: research into the protection of biodiversity through Ecosystem Stewardship, understanding the variety and evolution of traits in plants and fungi through Trait Diversity and Function; digitising and sharing tools to analyse Kew’s scientific collections through Digital Revolution; using new technologies to speed up the naming and characterisation of plants through Accelerated Taxonomy; and cultivating new scientific and commercial partnerships in the UK and globally through Enhanced Partnerships. One of Kew’s greatest international collaborations is the Millennium Seed Bank Partnership, which has to date stored more than 2.4 billion seeds of over 40,000 wild species of plants across the globe. In 2020, Kew scientists estimated in the State of the World’s Plants and Fungi report that 2 in 5 plants globally are threatened with extinction.

Queen Mary University of London is a leading research-intensive university with a difference – one that opens the doors of opportunity to anyone with the potential to succeed. Ranked 117 in the world and 1st in England for social mobility, the University has over 32,000 students on degree programmes and approximately 5,000 members of staff. We are a truly global university: over 170 nationalities are represented on our five campuses in London, and we also have a presence in Malta, Paris, Singapore and China. 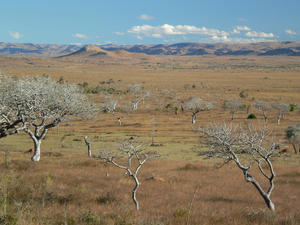