How animals spend their day; eating, sleeping, and moving, and when they do it, varies between species. The mechanisms behind these patterns are poorly understood. Knowing when and why different animals in a community are active is fundamental for conservation.

On the one hand the active period is when animals perform their ecological role. One the other hand, that is also the time when they are often exposed to risks, like hunting, and conflicts with humans and their activities.

Sifting through 2.3 million camera-trap photos of tropical mammals, an international team of researchers have found remarkable consistent patterns of daily activity across continents.

“The main determining factors of daily activity were body size and diet” says PhD candidate at the Norwegian University of Life Sciences and lead author of the study, Andrea F. Vallejo-Vargas.

Large carnivores and omnivores – animals that eat both meat and plants - are more likely to be active during the day than smaller species with the same diets. By contrast, larger herbivores - plant eaters, were more likely nocturnal that smaller herbivores.

“We suppose that there is a link between body size and so-called thermoregulation constraints,” she says.

This means that the larger the body, the more energy is required to maintain optimal body temperature in a warm climate. It is probably more favourable for the larger herbivores to be active at night to save energy

Insectivores were the one exception where the pattern differed across continents: larger species were more likely to be active in the day in the Americas while the reverse was true in Africa and Asia.

While herbivores were affected by temperature; carnivores, and particular top-predators, have activity patterns that match their prey.

“We saw a considerable overlap of activity of top-predators to that of the herbivores they eat.”

Similarly, small prey species were found to try to avoid the top-predators.

These behavioural patterns have cascading impacts further down in the food chain, affecting other species.

“For instance, we do not know whether the disappearance of top-predators in some protected areas affect the behaviour of prey, or whether the decreased abundance of prey affect the activity of predators and the possible cascading effects on the ecosystem” she comments.

Vast network of cameras across the globe

The researchers’ data stem from three tropical biogeographic regions, Neotropics, Afrotropics, and Indo-Malayan tropics. Animals caught by the cameras comprised of 166 species, including various weasels, wild pig, gorilla, African buffalo, jaguar, and tiger. Many of the captured species are endangered, and many of them we know very little about.

The photos are collected by the “Tropical Ecology Assessment and Monitoring (TEAM) Network” (external link), a multi-year, multi-site (17 protected areas), and multi-region effort.

TEAM consists of a large group of research partners who collect data on biodiversity in tropical forests, mostly on terrestrial vertebrates. The initiative was created to establish an early warning system for tropical forests, with the goal of better understanding how forests and wildlife are responding to changes at local, regional and global scales.

The results were remarkably consistent across continents.

“You would think there would be some variation between ecosystems as far apart as Africa and South America,” Varllejo-Vargas comments.

“There are large differences in species, particularly endemic ones. For example, there are no elephants or gorillas in the Amazon, nor armadillos in Malaysia.”

However, the researchers found very little difference in activity patterns between continents.

Vallejo-Vargas explains that the diel activity of these tropical mammal communities appears shaped by similar processes and constraints among regions.

“Think of it as parallel evolutionary or ecological processes happening across the world at the same time, yielding the same results over and over.”

From the top or from the bottom?

In addition to conservation, the published results provide key knowledge to behavioural science and theoretical ecology. One of the questions the researchers sought answered were “top-down?” or “bottom-up?”. Meaning: were the mammals influenced by pressure and processes coming from above of the food web (top-down), such as predation, or from below (bottom-up), meaning i.e., food availability.

“Herbivore and insectivore activity appears to be shaped by climate. Predator and prey activity, on the other hand, are influenced by the animals and their interactions,” Vallejo-Vargas say. 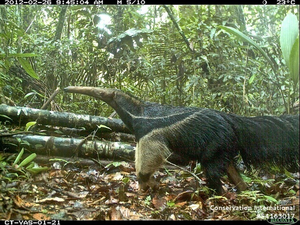 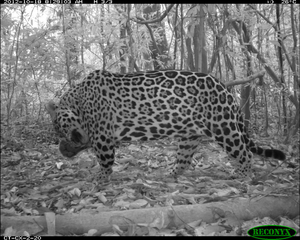 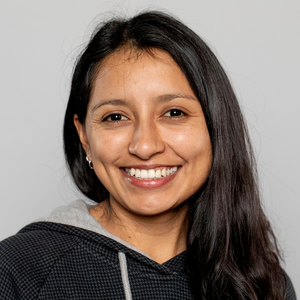