West Virginia University researchers are working to improve soil health and increase economic gains for Appalachian cattle farmers by bringing nutrients, like carbon, to the soil while decreasing carbon dioxide in the atmosphere.

In collaboration with 15 private farms across the state, Ember Morrissey, associate professor of environmental microbial biology in the Davis College of Agriculture, Natural Resources and Design, and doctoral student Kinsey Reed, are diversifying forage species to improve the environment.

“Carbon sequestration by the forage species is our main goal,” Morrissey said. “But for farmers, that means an extended grazing season.”

The pair received a nearly $593,000 Conservation Innovation Grant from the National Resources Conservation Service for on-farm trials. They have seeded one-acre plots with 30 different forages commonly used for cattle grazing.

While diversified seeding has been tested previously in topographically flatter parts of the country, Morrissey and Reed are putting what have been considered successful research projects to the test by using Appalachia’s more rugged soil and adding cattle.

“Researchers have found beneficial aspects of diversifying forage species, but bringing cows into the equation changes the situation,” Reed said.

West Virginia has one of the highest percentages of small family farms in the nation with most of them focusing on pasture-raised beef, the state’s second largest agricultural export.

“The idea is that if you have a variety of plant species growing, the plants are going to be able to handle different environmental conditions,” Morrissey said. “So, hopefully, the pastures will be more productive year-round.”

The mix Morrissey and Reed are testing is one they made by combining different grasses, clovers and wildflowers. Certain species grow well in warmer months, while others grow better in cooler weather. This ensures there will be plants for grazing throughout the entire season.

“It’s similar to investing in a bunch of different stocks,” Reed added.

After getting involved with programs through the U.S. Department of Agriculture, Kevin Jones, owner of Deep Sea Acres Farm in Kanawha County, attended a conference where he heard Morrissey speak about the research.

Although Morrissey and Reed’s project had farm representation from the Greenbrier Valley, Ohio Valley and northern part of West Virginia, they did not have participating farms located in the central portion of the state. Jones offered his 250-acre farm and registered angus cattle for the project.

“The carbon sequestration really interested me,” Jones said.  “The opportunity seemed like a win-win situation — I could help the University and, in turn, receive research-based feedback to help me improve my farming operations.”

Jones said once he knows what’s best for the land and the cattle, he plans to plant that on the remainder of his farm.

Reed planted the forage species at Deep Sea Acres Farm in May 2022. Over the next four years, the study will show what species are going to thrive in a rough soil environment.

“I’ll be curious to see how the forages do in different climates and environmental conditions,” Jones added. “What’s going to thrive the most in non-ideal conditions?”

“Having a resilient food infrastructure system is really important,” Morrissey said. “With increasing droughts out West, the area is becoming less sustainable for beef production. It’s important to ensure our agricultural systems and management strategies are keeping up as the climate changes so that people can continue to be fed.”

Working with various farms affects the research and the farming community as a whole. Change in agriculture is, in part, due to farmers sharing their experiences with each other and discussing what worked for their own land, crops or livestock.

“Doing these on-farm trials is a way of getting new management practices out there in a more organic way that’s more likely to have an influence,” Morrissey said. “It’s exciting to do work that has immediate, real-world results created by directly working with farmers, and to help them think about managing their land, increasing the health of their soil and making agriculture more sustainable.” 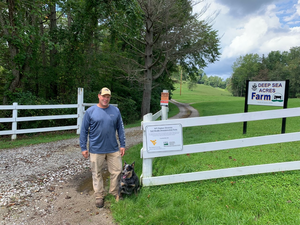 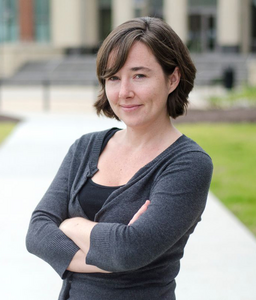