A closed copper mine on the Baltic Sea coast just south of Västervik has helped researchers study the capacity of coastal diatoms to survive when the environmental conditions change.
A thesis from the University of Gothenburg shows that diatom species survived discharges of copper into the sea due to their great genetic diversity.

By having and retaining strains with broad genetic diversity across the generations, a species can cope with rapid environmental changes without succumbing. As with the studied diatom species Skeletonema marinoi, which survived in the inlet waters next to Solstad mine in Sweden during the 400 years of intermittent mining operations there. The copper pollution in the water led to the development of elevated copper tolerance in the diatom species.

“In laboratory experiments, I could show that a change in copper tolerance occurs within a matter of only weeks – their capacity to adapt is possible because of the great genetic diversity in this species,” says Björn Andersson, evolutionary biologist at the University of Gothenburg and the author of the thesis.

The copper content of the Baltic Sea inlet at the mouth of Solstad mine has varied greatly because for long periods of time in the last few centuries mining operations have ceased, only to later resume again. The operational years of the mine are documented and can be compared with the diatoms, which are well preserved in hypoxic bottom sediments in the inlet outside the mine. The analysis shows that the diatoms’ genes for copper tolerance are activated to the extent necessary to survive. But how can microscopic diatoms carry so many traits in their DNA that they can cope with all these abrupt changes in the environment?

“This great genetic diversity is not found in every individual but in the population as a whole. Different diatom individuals have different copper tolerance, meaning some will be favoured more at different times,” says Andersson.

The diatoms on the bottom sediments in the inlet at the mouth of the Solstad mine retained traits not currently needed for future use. The hard shell of diatoms protects this species from rapid degradation so these organisms can survive for years. In each year’s bloom, the most competitive individuals are selected and contribute more to the sediment, while the older diatoms remain as a guarantee for the future, explains Björn Andersson.

“The diatoms in the sediment function in much the same way as a seed bank. In an environment like this, with great variation in the water quality, the genetic diversity in the population is greater compared to a location that is not exposed to such a strong impact,” says Andersson.

In times of rapid climate change, it is good news that one of the most important marine primary producers shows such a great capacity to adapt to new living conditions. Globally, diatoms account for 20 per cent of primary production, capturing solar energy and transferring it to ecosystems while producing oxygen and removing carbon dioxide from the atmosphere.

“The great genetic diversity of these species can help them quickly adapt to future environmental and climate change, which could mean that they will not suffer as greatly as, for example, fish and mammals,” says Andersson.

Link to the thesis: Evolutionary and ecological effects of metal pollution on coastal diatoms

Most types of barcode loci used in DNA today have been developed to distinguish between DNA from different species. In the research on the diatoms, new barcode loci were developed which can instead distinguish between individuals within a species – Skeletonema marinoi. The entire DNA string of 55 million base pairs was sequenced. Four 500-base-long barcode loci were found that were hypervariable between 58 diatom individuals within the same species. These barcode loci gave a sufficiently high individual resolution to be able to follow the evolutionary selection process of the diatom species.

Evolutionary and Ecological Effects of Metal Pollution on Coastal Diatoms 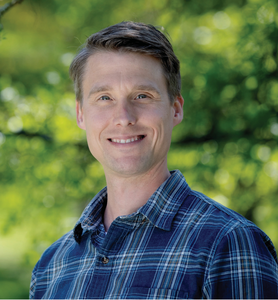