Nearly 3 percent of Americans suffer from binge-eating disorder at some point their lifetimes, and of them, more than eight in 10 survived childhood abuse, neglect, or other trauma.

Now, a Virginia Tech scientist has identified how early life trauma may change the brain to increase the risk of binge eating later in life.

Research led by principal investigator Sora Shin, an assistant professor with the Fralin Biomedical Research Institute at VTC, revealed how a pathway in the brain that typically provides signals to stop eating may be altered by early life trauma.

The discovery, obtained from studies in mice, in Nature Neuroscience on Dec. 12 adds new perspective to behaviors such as binge eating and obesity.

“We wanted to know the mechanism underlying how early life trauma induces these eating disorders,” said Shin, who is also an assistant professor in the Department of Human Nutrition, Foods and Exercise in the College of Agriculture and Life Sciences. “What we found is a specific brain circuit that is vulnerable to stress, causing it to become dysfunctional.”

“This finding speaks to a set of broader health questions, which is how life’s health course is set based on certain early experiences,” said Michael Friedlander, executive director of the Fralin Biomedical Research Institute at VTC and Virginia Tech’s vice president for Health Sciences and Technology. “We are increasingly aware that early experiences and exposures ranging from those that occur even pre-conception in future parents through those that the fetus experiences in utero and to those that the child experiences throughout postnatal life can have dramatic impact on our health course throughout life. Dr. Shin’s latest discovery in this one particular case shines an important new mechanistic light on this process. Like all innovative research, the study also raises additional important questions such as whether and how these effects can be changed. Dr. Shin’s research can empower such lines of inquiry since a neural substrate and mechanism have been identified.”

Stress symptoms can affect our body, thoughts and feelings, and behavior. In Shin’s finding, the stress on mice who were separated from their litter mates may trigger life-long eating behavior changes.

Binge-eating disorder is marked by recurring episodes of eating more rapidly than normal to beyond a feeling of fullness, and feelings of distress and loss of control, according to the Diagnostic and Statistical Manual of Mental Disorders.

To identify the connection between the disorder and early life trauma, Shin and her lab team studied the impact of a hormone in the brain called leptin. Leptin has long been known suppress appetite and weight gain by signaling the brain that it’s time to stop eating.

The team found that in mice that experienced early life stress and exhibited behavior similar to binge-eating, leptin is less effective in a part of the brain called the lateral hypothalamus, where many behaviors are regulated. Without these signals from the brain, the overeating continues.

Digging deeper, the researchers identified neurons in another part of the brain called the ventrolateral periaqueductal gray that respond to the message from leptin and lateral hypothalamus, thereby regulating binge eating.

“There is much more research to do,” Shin said, “but by knowing the specific molecule and receptors in the brain to target, we can now provide insight and the foundation for developing therapeutic strategies for the disorder.”

The discovery’s potential is significant.

“This paper extends and brings considerable hope that the progress in the neuroscience of binge-eating disorder. Advanced imaging, and brain circuitry may allow experts to find risk factors, triggers, and causes,” said Mark S. Gold, professor in the department of psychiatry at Washington University in St. Louis and formerly a University of Florida Distinguished Professor, Eminent Scholar, and chairman of the department of psychiatry, who was not involved in the research. “Studying the role of traumatic and early life experiences of this pathway may help us fine-tune prevention and early intervention efforts to prevent binge-eating disorder.”

Shin is an iTHRIV Scholar, part of the integrated Translational Research Institute of Virginia(iTHRIV).

This study was supported by grants from the National Institutes of Health, the Kavli Institute for Brain and Mind, and iTHRIV, in part by the National Center for Advancing Translational Sciences. 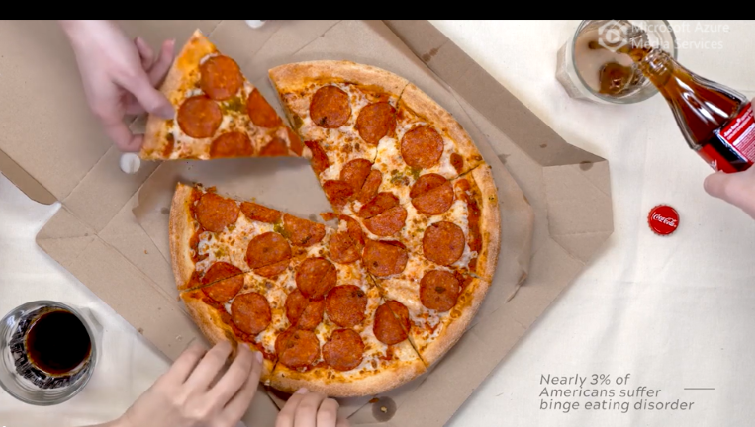 Early life anxiety may affect brain circuitry in regard to eating