Access to contraceptives increases college completion rates among women, according to a new study led by a professor at the University of Colorado Denver.

The study, published this week in the journal Health Affairs, tracked thousands of women over 11 years who were impacted by the 2009 Colorado Family Planning Initiative (CFPI), which expanded access to contraceptives statewide. Exposure to the initiative at high school ages was associated with a six to 12 percent increase in women obtaining their bachelor’s degrees compared with earlier cohorts.

“Past research linked the introduction of the oral contraceptive pill in the 1960s to women’s college completion, but it was unclear whether improvements in access to contraception in the contemporary U.S. would yield similar results,” said Sara Yeatman, a Health and Behavioral Sciences professor at CU Denver and lead author of the study. “Now we have data that clearly makes the connection. I think for policy makers, the takeaway is that policies restricting or expanding access to the full range of contraceptive methods can and do affect women’s attainment of higher education, which we know impacts their overall quality of life.”

The research team, which includes collaborators at CU Boulder, the US Census Bureau, and Stockholm University, used 11 years of American Community Survey data and the 2000 and 2010 censuses for its analysis. The process included the careful identification of cohorts of women who were exposed to CFPI and linked them to their later education outcomes even if they had since left the state. The information provided by the Census was stripped of identifying data to ensure privacy.

These time periods aligned with the passage of the CFPI. The legislation expanded access to contraceptives by giving clients of Title X clinics the option to choose any FDA-approved method (including long-acting reversible methods such as an IUD or contraceptive implant) at low or no cost.

“That a family planning program would have such a big impact is surprising, even for someone who thinks about these issues every day, like me,” said study co-author Amanda Stevenson, an assistant professor of sociology at CU Boulder. She studies the impacts of and responses to abortion and family planning policy and is trained in demographic and computer science methods. “Fully-funding Title X programs and other publicly subsidized family planning funding streams can improve young women’s educational attainment at the population level.”

The Health Affairs article is one of the latest publications to come from the Colorado Fertility Project, an interdisciplinary team housed in the Colorado Population Center (CUPC) and the Population Program at the Institute of Behavioral Science at the University of Colorado Boulder.

Yeatman is a member of the Colorado Fertility Project. Her research focus is reproductive health and fertility, on which she has published more than 40 articles. Yeatman holds a master’s in Demography and Health and a doctorate in Sociology. She joined CU Denver in 2008. 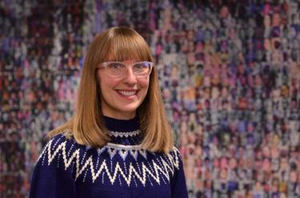