The Mekong River Delta is the agricultural heartland of Vietnam; it is affected by droughts and flooding, which have become more severe in recent years. If severe weather events can be more accurately predicted, risk assessments in the regions can be improved. This, in turn, will reduce the negative effects of floods and droughts in the region.

A team led by Tsuyoshi Watanabe at Hokkaido University has revealed the clearest picture yet of how the El Niño Southern Oscillation (ENSO) affected rainfall in the Mekong Delta over the last hundred years. Their findings were published in the journal Scientific Reports. They correlated water salinity data from reef coral samples with historical weather records and uncovered that the ENSO has caused seasons of heavy and light rainfall, resulting in patterns of both flooding and droughts, respectively.

“We found that heavy rains and flooding have become more severe in recent years, driven by changes in the ENSO due to global warming,” said Watanabe, corresponding author of the study. “The Mekong River Delta will continue to be faced with a higher risk of severe flooding.”

El Niño and La Niña have significant effects on weather patterns and extreme weather events in these regions. Understanding the weather patterns caused by ENSO in the Mekong River Delta (MRD) is critical to ensuring a stable food supply.

The team headed by Watanabe discovered a reef coral on Con Dao Island, 90 km south of the MRD. From a core sample of this coral, they were able to determine monthly fluctuations in the salinity of the surrounding water. “Reef corals have growth rings, similar to trees,” says Watanabe. “These rings preserve a record of the salinity of the surrounding water in each year. The reef coral we sampled was on Con Dao Island, close to the MRD; as a result, the salinity records can be associated with increased or decreased rainfall in the MRD—and hence with flooding or droughts.”

Combining the salinity data with historical annual rainfall maximums allowed the team to extend rainfall data back to 1924.

Analysis of this rainfall data showed that the hydrological changes in the MRD are affected by El Niño and La Niña in the Central Pacific Ocean —  associated with light rain and heavy rain in the MRD respectively.  In particular, heavy rain in the MRD is strongly associated with La Niña in the recent past, while the association between light rain and El Niño have been consistent during the last century.

This improved understanding of the effects of the ENSO in the Mekong River Delta will allow for more accurate weather predictions in the future. This should also enable better preparation for extreme weather events, increasing both safety of the population and food security.

This press release is dedicated to the memory of Dr. Tung Thanh Phan, co-first author, who unexpectedly passed away on October 28, 2022. This study is partially based on the results of his doctoral research.

Nonstationary footprints of ENSO in the Mekong River Delta hydrology

Mekong Delta will continue to be at risk for severe flooding 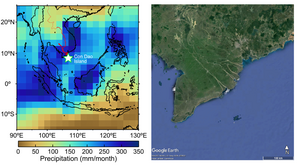 Rainfall in the Mekong River Delta 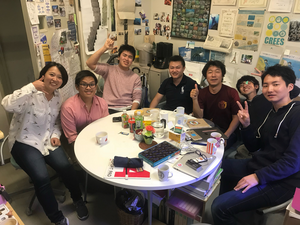