‘This means that we now have a great opportunity to drastically reduce the release of the heavy metal into our sensitive sea. This is the first independent scientific study to show that silicone paint is more effective than copper-based paint in the Baltic Sea region,’ says Maria Lagerström, researcher in marine environmental science at Chalmers.

Together with colleagues at the University of Gothenburg, the Swedish Environmental Institute IVL and Chalmers, Maria Lagerström investigated whether biocide-free silicone paints on the hulls of ships and leisure boats are a viable alternative to copper-based bottom paints to combat fouling. The study was carried out over a year at three sites in the Baltic Sea region and the Skagerrak and the results have been published in the scientific journal Marine Pollution Bulletin.

The use of copper in antifouling paints is a known and widespread environmental problem for aquatic plants and organisms in the Baltic Sea. The heavy metal does not degrade in the environment and it is therefore common for water, sediment and soil in marinas, ports and shipyards to be contaminated and exceed environmental guideline values for copper. An earlier study from Chalmers shows that antifouling paints account for as much as 40 per cent of the total copper inputs to the Baltic Sea.

‘As the Baltic Sea is an inland sea, it takes 25–30 years for the water to be exchanged. This means that the heavy metal remains for a very long time. It is therefore important to be aware of the substances we release,’ says Maria Lagerström.

Despite the negative impact of heavy metals on the marine environment, the antifouling paint market for ships and recreational boats is completely dominated by copper-based paints. The market share of silicone-based paints for the shipping sector was 1 percent in 2009 and increased to 10 percent in 2014. For the recreational boating sector, the proportion of boats painted with silicone paint is estimated to be significantly lower. And although there are more environmentally friendly options on the market, change seems to be hard to bring about.

‘Both the shipbuilding industry and the leisure boating sector have one thing in common: they are highly traditional. People like to use the products they are used to, and they are also sceptical as to whether non-toxic alternative solutions really work,’ says Maria Lagerström.

Effective even over a longer period of time

Although the study of the different antifouling paints was completed after twelve months, the results were found to persist over time.

‘We actually left our test panels at one of the test sites. These have now been under the surface for over two years. We can see that the silicone paint still works well and, more importantly, works better than the copper paint,’ says Maria Lagerström.

More on the research and antifouling paints

Are silicone foul-release coatings a viable and environmentally sustainable alternative to biocidal antifouling coatings in the Baltic Sea region?’

Eco-friendly paint most effective against fouling on ships and boats 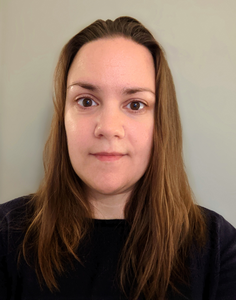