Many bright stars gather in the night sky and form a Milky Way across the sky. It is our home galaxy in the vast universe, however, the structure and composition of the Milky Way are mysterious yet. The vast interstellar space between the billions of stars is not empty, but filled with tenuous interstellar medium. The diffuse hydrogen gas radiates a spectral line with a frequency of around 1420 MHz. Some dense hydrogen atoms gather to form clouds of molecular hydrogen, and newly-born stars are formed in the dense cores; young and bright stars can ionize the surrounding gas. Stars evolve from birth to death, and some eventually explode as a supernova, producing a remnant and a pulsar. The shock waves by the supernova explosion compress the interstellar gas and accelerate electrons to nearly the speed of light. These high-speed electrons cycle in the interstellar magnetic field, radiating faint radio waves. Such Galactic interstellar medium is the subject for astronomers to explore since it is fundamental for the birth and death of so many stars.

The Five-hundred-meter Aperture Spherical Telescope (FAST) built by China is the most sensitive single-dish radio telescope in the world. Because it is equipped with a highly sensitive L-band 19-beam cryogenic receiver, making it an excellent instrument for hunting pulsars and exploring the Galactic interstellar medium. The team led by chief professor JinLin Han made ingenious design for the Galactic Plane Pulsar Snapshot (GPPS) survey, and has found more than 500 new faint pulsars, one order of magnitude fainter than the previous known pulsars. During the searching observations for pulsars, they simultaneously recorded the spectral line data, characterized by high sensitivity, high spectral resolution and high spatial resolution, which therefore an extremely valuable resource for studying the structure of the Milky Way Galaxy and the interstellar ecological cycle. They recently completed the processing of the spectral line data, and published the latest results of atomic and ionized gas, magnetic fields and radio radiation in interstellar space in the Milky Way.

In its first data release, FAST detected the sky distribution of neutral hydrogen (HI) gas in 88 square degrees between the Galactic longitude of 33° to 55° and the Galactic latitude of ±2°. Though the fine calibration is still under way, the results available are already the most sensitive for detection of HI gas clouds to date, showing unprecedented detail about the distribution of HI gas. As commented by John M. Dickey, emeritus professor at the University of Tasmania in Australia and the University of Minnesota in the United States,  "…the improvement in angular resolution and sensitivity over all previous surveys is impressive," "…publication of this first paper on the GPPS HI survey is a landmark accomplishment, worthy of celebration and international attention."

The ionized gas of interstellar space is the last major component of the Milky Way that remains unexplored in detail. The team processed the hydrogen radio recombination lines (RRL) in the GPPS spectral line data in the same sky area as the HI data, revealing luminous regions ionized by bright stars and diffuse ionized gas (DIG) of unknown origin. The data are indispensable for the studies of the ecological cycle of gas and star formation in the Milky Way. As commented by Dr. Dana S. Balser, a scientist at the National Radio Astronomy Observatory, "This GPPS RRL survey is the most sensitive survey to date and has sufficient angular resolution to separate DIG emission from HII regions...Large single-dish telescopes such as the FAST are the best to probe the DIG, the last major component of the Milky Way Galaxy to be well characterized.”

The team also tested the scanning observations by FAST for radio continuum radiation of our Galaxy in an area of 5°× 7° in the sky. The results confirm that two large faint radio-emission structures (G203.1+6.6 and G206.7+5.9) as being shell-type supernova remnants, one of which is produced by supernova explosion very close to the Sun at only about 1,400 light-years.

"The sensitive FAST observations can reveal unprecedented details of the Milky Way," said Jing Yipeng, an academician of Chinese Academy of Sciences at Shanghai Jiao Tong University. “The databases of neutral hydrogen and ionized hydrogen published by these papers are valuable resources for astronomers over the world.”

1. Peering into the Milky Way by FAST: I. Exquisite HI structures in the inner Galactic disk from the piggyback line observations of the FAST GPPS survey

2. Peering into the Milky Way by FAST: II. Ionized gas in the inner Galactic disk revealed by the piggyback line observations of the FAST GPPS survey

3. Peering into the Milky Way by FAST: III. Magnetic fields in the Galactic halo and farther spiral arms revealed by the Faraday effect of faint pulsars 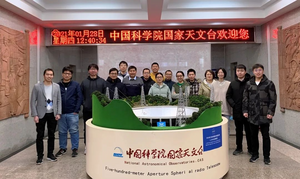 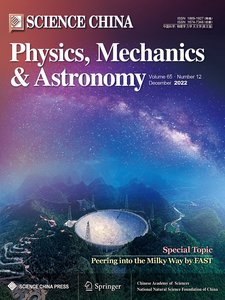