Researchers from Tel Aviv University developed a new technology that will allow controlled encapsulation and release of molecules by exposure to UV light.

Efficient encapsulation of molecules is considered a major technological challenge, say the researchers. The new technology, which allows for efficient encapsulation and high loading capacity of molecules, might address this need. The researchers estimate that the technology will lead to further development of delivery systems for controlled release of biomolecules and drugs in the body by external stimuli, using light.

The research was led by PhD student Itai Katzir and supervised by Dr. Ayala Lampel from Shmunis School of Biomedicine and Cancer Research at the Wise Faculty of Life Sciences at Tel Aviv University The study was published in the prestigious journal “Advanced Materials”.

The researchers explain that the new technology is inspired by viral compartments formed by the measles virus. Following infection of the host cell, the virus forms compartments that host all the reactions involved in the formation of new viral particles, a process which gives these compartments their name: viral factories. Recent studies show that these viral factories are in fact dynamic and liquid-like structures that are formed inside the host cell through a process called liquid-liquid phase separation.

Inspired by the viral protein which is responsible for the formation of these factories, the researchers designed a peptide (short minimalistic protein) which forms compartments that resemble viral factories for encapsulation of biomolecules. In addition, the researchers incorporated a unique element to the peptide sequence that enables a control of the encapsulation and release of molecules by irradiating the compartments using UV light.

“Another unique property of this system is the high permeability and loading capacity of the encapsulated molecules, which is limited in part of the current technologies. Thus, this technology opens opportunities for biomedical and biotechnological applications including encapsulation, delivery and release of drugs, protein, antibodies or other therapeutic molecules.” Adds Dr. Lampel

In a world first: A new technology will allow efficient encapsulation and UV light-regulated release of biomolecules and drugs 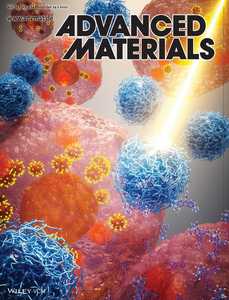