The waste flushed down toilets could be a valuable source of resources and profits — and easier on the environment, according to a West Virginia University engineer’s research.

Kevin Orner, a Benjamin M. Statler College of Engineering and Mineral Resources assistant professor, is developing a technology that can treat urine on site rather than at a remote, centralized wastewater treatment facility. The technology could reside underneath a toilet, enabling urine treatment to happen quickly and promoting the recovery of nitrogen, a nutrient that can be sold as a fertilizer.

Orner’s findings, published in the journal Environmental Technology, make urine recycling more feasible in terms of integration into existing infrastructure and could reduce the amount of nutrients that enter lakes and rivers. Excessive nutrient discharge can put aquatic ecosystems at risk by promoting the growth of algae that consume dissolved oxygen in the water.

“You have a toilet in your house and a sewer that brings the waste to a treatment plant that might be miles away,” Orner explained. “There are greenhouse gas emissions involved with constructing the sewer that’s connected to your house and for treating the waste at the plant. To prevent the nutrients from being discharged to your local river, the wastewater treatment plant typically uses energy-intensive electric blowers to convert the ammonium in wastewater to nitrate and to convert that nitrate into nitrogen gas.”

Therefore, nitrogen gas goes back into the environment and no useful product arises.

Waste recycling isn’t a new concept. Farmers have long used manure to enrich soil and urine to repel pests. Processes for turning feces into fertilizer have been implemented on an industrial scale, and infrastructure and programs for recycling human urine are already operating in places like Nairobi, Kenya and Brattleboro, Vermont.

For Orner, he envisions toilets that separate urine and feces, allowing each of those waste products to be collected, treated and converted into a useful commercial product — most commonly, as agricultural fertilizer.

The approach Orner sees as most viable requires no power to operate. A urine-separating toilet’s design separates solids from liquids, then sends the urine to a nutrient recovery unit that’s located in or attached to the toilet itself, or potentially housed in a residential or commercial basement.

But speed is essential to large-scale implementation. Since toilets typically receive several doses of urine throughout the day, the urine has to get treated quickly so it can be released into another unit to make room for the next dose — especially in a system that’s small enough to attach to a toilet.

Orner’s work is significant because, by priming the collection and treatment reservoir with an inoculation of soil containing helpful microorganisms, adding in carbon pellets to provide a growing surface for bacteria that are key to the treatment process, and using a fill-and-draw procedure whereby small quantities of treated urine are removed and fresh urine is incrementally added, his team was able to significantly accelerate treatment — reducing a process that could take weeks down to a day in one phase of the study.

“Circular sanitation” isn’t yet on the cusp of becoming the new normal. High-end urine-separating toilets appear almost identical to current toilets but can be expensive. Cheaper versions can have odors or require users to adopt new behaviors.

Underdeveloped policies around urine-derived fertilizer products are another barrier. And Orner pointed out that most communities’ building codes don’t consider this kind of technology in their permitting guidelines, although he has worked with the Gold Ribbon Commission on drafting regulations for adoption by state or local governments.

However, these urine-separating toilets exist, not only in Kenya and Vermont, but from Oregon to Paris and the Netherlands. Orner has a collaborator in Costa Rica who “is interested in taking the lessons learned from Brattleboro and applying those to Monteverde, an ecotourism community in the Cloud Forest,” Orner said.

“Of course, there’s the ‘ew’ factor in dealing with urine,” he added, “but, in fact, urine isn’t a waste. It has value.” 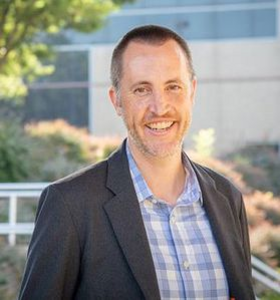