PULLMAN, Wash. – An unmanned semi-submersible vehicle developed at Washington State University may prove that the best way to travel in water undetected and efficiently is not on top, or below, but in-between.

The roughly 1.5-foot-long semi-sub prototype, built with off-the-shelf and 3D-printed parts, showed its seaworthiness in water tests, moving quickly with low drag and a low profile. The researchers detailed the test results in a study published in the journal Unmanned Systems.

This vessel-type isn’t new. Authorities have discovered crudely made semi-subs being used for illicit purposes in recent years, but the WSU project aims to demonstrate how engineer-developed half-submerged vessels can efficiently serve military, commercial and research purposes.

“A semi-submersible vehicle is relatively inexpensive to build, difficult to detect, and it can go across oceans,” said Konstantin Matveev, the WSU engineering professor leading this work. “It's not so susceptible to waves in comparison to surface ships since most of the body is underwater, so there are some economic advantages as well.”

Since the semi-sub sails mostly at the water line, it does not need to be made of as strong materials as a submarine which has to withstand the pressure of being underwater for long periods of time. The semi-sub also has the advantage of having a small platform in contact with the atmosphere, making it easier to receive and transmit data.

For this study, Matveev and co-author Pascal Spino, a recent WSU graduate and former president of the WSU RoboSub club, piloted the semi-sub in Snake River’s Wawawai Bay in Washington state. They tested its stability and ability to maneuver. The semi-sub reached a max speed of 1.5 meters per second (roughly 3.4 miles an hour), but at higher speeds, it rises above the water creating more of a wake and expending more energy. At lower speeds, it is almost fully immersed and barely makes a ripple.

The researchers also outfitted the semi-sub with sonar and mapped the bottom of a reservoir near Pullman, Washington to test its ability to collect and transmit data.

While not yet completely autonomous, the WSU semi-sub can be pre-programmed to behave in certain ways, such as running a certain route by itself or responding to particular objects by pursuing them or running away.

While the WSU semi-sub is relatively small at 450 mm long with a 100 mm diameter (about 1.5 foot long and 4 inches in diameter), Matveev said it is possible for larger semi-subs to be built to carry significant cargo. For instance, they could be used to help refuel ships or stations at sea. They could even be scaled up to rival container ships, and since they experience less drag in the water, they would use less fuel creating both an environmental and economic advantage.

For now, the Matveev’s lab is continuing work on optimizing the shape of semi-submersible vehicle prototypes to fit specific purposes. He is currently collaborating with the U.S. Naval Academy in Annapolis, Maryland to work on the vehicles’ operational capabilities and compare numerical simulations with results from experiments. 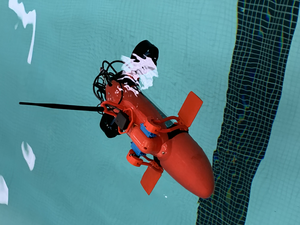 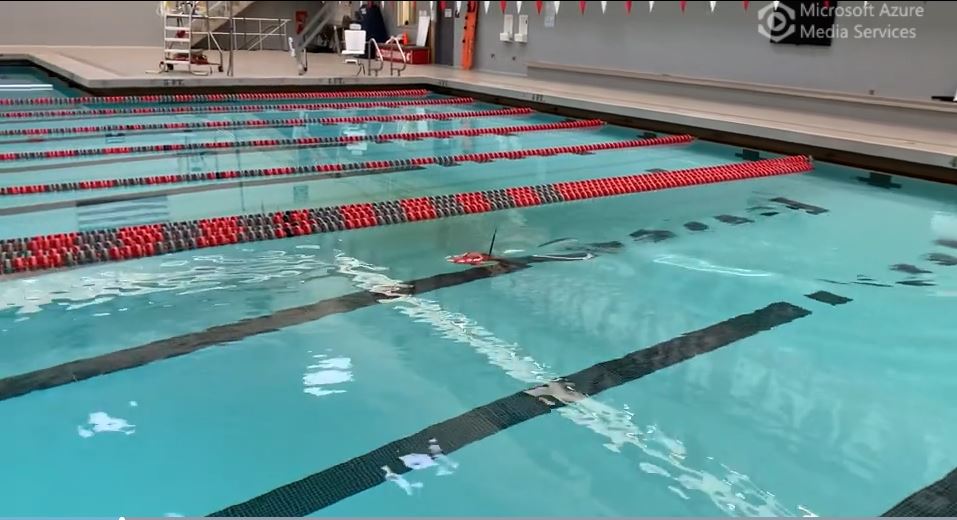