Every year during 2000 to 2006 there were tens of thousands of stress-related tragedies in the U.S.. Official statistics from the FBI and Centers for Disease Control indicate that there were 15,440 murders, 93,438 rapes, and 86,348 child and adolescent deaths from accidents each year to give a few examples. The current study, published in the World Journal of Social Science, is the longest and most comprehensive of 50 studies to demonstrate what has been named the Maharishi Effect, in honor of Transcendental Meditation (TM) and Maharishi International University (MIU) founder Maharishi Mahesh Yogi.

The results can be seen in the first chart. The blue line indicates that during the Baseline period of 2000 to 2006 the size of the TM and TM-Sidhi group located at Maharishi International University in Fairfield, Iowa increased to reach the √1% of the U.S. population (1725 people) and stayed there for five years during the Demonstration period from 2007 to 2011. All stress indicators immediately started decreasing. In the Post period when the size of the group size began to decline the rate of decrease in stress slowed and then it reversed and began to increase.

(See Image 1: Indicators of Stress in the United States)

Image 1: The size of the MIU TM and TM-Sidhi Group is indicated by the blue line, the eight indices of stress in the United States are represented by the lines in different colors, and the US stress index—the mean of all eight variables—is indicated by the red line. The figure shows a phase transition to a global reduction of negativity in the U.S. when the critical threshold of the √1% of the U.S. population was practicing the TM and TM-Sidhi program together in a group. When the Group size dropped significantly, the trend was reversed.

Lead author Dr. David Orme-Johnson said: “What is unique about this study is that the results are so visually striking and on such a large scale. We see reduced stress on multiple indicators at the predicted time for the entire United States over a five-year period. And when the size of the group declined, national stress began increasing again. Clearly, the group was causing the effect.”

Co-author Dr. Kenneth Cavanaugh commented: “This study used state-of-the-art methods of time series regression analysis for eliminating potential alternative explanations due to intrinsic pre-existing trends and fluctuations in the data. We carefully studied potential alternative explanations in terms of changes in economic conditions, political leadership, population demographics, and policing strategies. None of these factors could account for the results.”

The fact that all variables started decreasing only after the square root of one percent of the U.S. was reached indicates a phase transition. Like when water does not turn to ice until 32◦ F is reached, national stress did not start decreasing until the U.S. √1% transition threshold was achieved.

The chart shows that in 2013 when the size of the TM and TM-Sidhi group quickly dropped all stress indicators abruptly increased. Apparently, the rapid drop in national coherence shook the nation.

The scientists used regression analysis to estimate how many deaths and events were reduced by the meditator group. For example, image 2 shows the red dotted line representing the Baseline trend projected into the Demonstration and Post periods. During the Demonstration period drug-related deaths (the black line) fell to 14% below their Baseline trend and were another 15 % lower during the Post period, for a total of 79,941 fewer drug deaths. The chart also shows that in the absence of the coherence creating group drug deaths eventually returned to their Baseline level.

The finding that the effect was holistic, causing all variables to move up and down together, supports the theory expressed by both Maharishi from the Vedic perspective and by quantum physicist and MIU president Dr. John Hagelin from quantum field theory that the TM and TM-Sidhi groups are creating coherence in collective consciousness from the unified field level of natural law. This is big. It is evidence of the existence of the unified field from a completely different approach than using particle accelerators and detecting gravity waves.

This discovery of the unified field is more than just an intellectual knowledge. It is arguably the most immediately highly practical technological discovery in the history of science. The invention of the wheel mobilized humanity. The printing press, radio, the telephone, the internet, and satellites increased our ability to communicate with each other across vast distances and time. The discovery of DNA opened our minds to the subtle mechanics of natural law underlying the evolution and growth of all life forms. These are among the greatest scientific discoveries of all time. But what discovery can reduce human suffering as comprehensively as group meditation?

Relationship between individual and collective consciousness

The paper reviews the many concepts of collective consciousness as they have occurred throughout history in the sciences and humanities. None have practical applications as Maharishi’s does and none have been so empirically verified.

It is essential for every individual to use evidence-based technologies to reduce their own stress and at the same time, the responsibility of every government to provide these technologies to everyone.

The paper summarizes the hundreds of studies showing that practice of TM increases coherence in the individual, as indicated by such measures as increased brain coherence, decreased anxiety, depression, and anger, increased creativity, increased IQ and emotional and social intelligence, and decreased PTSD symptoms, prison recidivism, drug and alcohol addictions, and sickness rates in all categories of disease. More coherent individuals form a more coherent society.

The Howard and Alice Settle Foundation

A grant for 75 million dollars from the Howard and Alice Settle Foundation provided stipends for participants to be in the group and provided funding to bring several hundred visiting TM-Sidhi experts from India to further augment the MIU group. Dr. Orme-Johnson commented: “This is a lot of money, but the savings from the 10% reduction in crimes would save over 200 billion dollars, not to mention all the other savings from reducing other sources of stress in the country.”

The paper concludes with a call to create a permanent √1% group for the whole world, 8,000 participants practicing the TM and TM-Sidhi program together in one place. And as an engineering safety factor, a √1% group on every continent is needed. The world is so interconnected, no one is safe until everyone is safe, all living in harmony. This is easily within reach of any government or the world's wealthiest citizens. The person who does it will be remembered as the greatest leader in history.

IMAGE 3: GROUP MEDITATION AT MAHARISHI INTERNATIONAL UNIVERSITY. Since 1979 twice daily group meditations have been held at MIU in Fairfield, Iowa for the purpose of creating coherence in the U.S. and world collective consciousness.

Field-Effects of Consciousness: A Seventeen-Year Study of the Effects of Group Practice of the Transcendental Meditation and TM-Sidhi Programs on Reducing National Stress in the United States 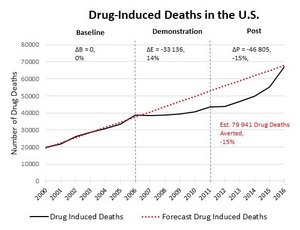 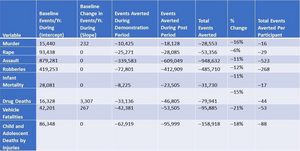 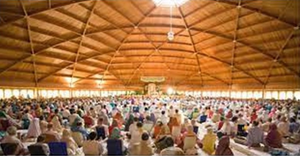