Singapore’s drug discovery efforts reached a new milestone as EBC-129, the first made-in-Singapore antibody-drug conjugate, was cleared by the US FDA to progress into first-in-human studies.

As an antibody-drug conjugate (ADC), EBC-129 comprises a monoclonal antibody linked to a highly potent toxic drug, which serves as a cytotoxic (cell-killing) “payload”. This drug is similar to those used in chemotherapy. The ADC’s antibody has been designed to home in on, and bind to, specific sites known as epitopes. These are selectively expressed on the surface of cancer cells and not on normal, healthy cells.

After the antibody binds to the epitope on the cell surface, the ADC will be internalised (taken into the cell) and the toxic payload is released within the cancer cell to kill it. ADCs thus deliver highly potent drugs directly to cancer cells to destroy these cells specifically, while sparing normal, healthy cells. As a result, ADCs have fewer systemic side effects compared to chemotherapy, which destroys both cancer and normal cells.

The epitope that EBC-129 binds to is a specific glycosylation[1] site that is conserved on both carcinoembryonic antigen-related cell adhesion molecules (CEACAM) 5 and 6, which are proteins over-expressed in cancer cells. While drugs targeting only CEACAM5 are in advanced clinical testing, it has been challenging to develop drugs targeting CEACAM6 as it is also expressed on the surface of normal cells. However, by targeting only the glycosylated form of CEACAM5/6, EBC-129 is able to target cancer cells exclusively, and also acts on a wider range of cancers as it can target cells that express CEACAM5 or CEACAM6 alone, as well as those that express both CEACAM5 and 6.

The payload used in EBC-129 is monomethyl auristatin E (MMAE), which is a drug that has been extensively tested and approved for clinical use in other marketed ADCs. As such, development can be fast-tracked as the side effects, which are mostly mediated by the payload, can be predicted in advance and the effective dose is known. Furthermore, MMAE was shown to mediate a superior immunogenic cell death in combination with checkpoint inhibitors (immunotherapy), raising the possibility of combination therapy.

How EBC-129 was developed

EBC-129 was the result of a multi-institutional collaboration in Singapore which began when A*STAR’s Bioprocessing Technology Institute (BTI) and the National Cancer Centre Singapore (NCCS) identified the antibody that EBC-129 is based on as well as its target epitope. Through a co-development programme between BTI and the Experimental Drug Development Centre (EDDC), Singapore’s national platform for drug discovery and development hosted by A*STAR, the team subsequently characterised the antibody and elucidated its mechanism of action including testing it in vivo. Finally, the team oversaw the preclinical development of the ADC which involves manufacturing under Good Manufacturing Practices, and performing the required safety, toxicity and toxicology studies to start a clinical trial. EDDC also led discussions with regulatory authorities, designed the clinical trial and will be responsible for the set-up and clinical operations of the trial.

The parties also collaborated with A*STAR’s Institute of Molecular and Cell Biology (IMCB) to develop the immunohistochemistry (IHC) assay required for patient selection.

“The antibody development team at BTI has built strong capabilities to generate and characterise monoclonal antibodies (mAbs) against novel glycosylated targets on cancer cells. This differentiated property enhances the mAbs selectively, giving us better tools to kill cancer cells. The US FDA’s approval for the initiation of trials for EBC-129 is a validation of our platform and the maturity of the drug development ecosystem in Singapore to collaboratively enhance the impact of research and drug discovery for potential patient outcomes,” said Dr Koh Boon Tong, Executive Director, BTI.

“The approval of an IND (Investigational New Drug) application for EBC-129 by the FDA is a testament to strong inter-institution collaborations in Singapore that can drive a bench-to-bedside pipeline of therapeutic development,” said Associate Professor Daniel Tan, Director of the Experimental Cancer Therapeutics Unit (Phase I), NCCS. “Most importantly, EBC-129 addresses an unmet need for patients who have exhausted standard therapies, by providing a novel ADC agent that directly targets cancer cells while sparing normal, healthy cells.”

About the Clinical Trial

The clinical trial will determine the safety and tolerability of EBC-129 in cancer patients, and subsequently evaluate its anti-cancer activity in different tumour types. The study will also evaluate the safety of combining EBC-129 with a checkpoint inhibitor. Additional information will be gathered including determining the drug levels in the blood and the levels of CEACAM5 and CEACAM6 in the serum. The study will be open to patients with metastatic solid tumours that cannot be cured surgically, including cancers of the lung, stomach, biliary tract, ovary, breast, prostate, colorectum and oesophagus amongst others.

Moving forward, approvals will be sought from the Health Sciences Authority (HSA) and relevant ethics boards for the trial to open to patients in Singapore through the NCCS and National University Cancer Institute, Singapore (NCIS). Ethics board approvals will be obtained for trial sites in the US, which will include major cancer centres.

Dr Yong Wei Peng, Senior Consultant, Department of Haematology-Oncology, NCIS, said, “This first-in-human study will help to determine the safety of this therapy in patients and potentially provide a new strategy to address unmet clinical needs. We are excited to be involved in this process and we look forward to promising outcomes.”

Professor Damian O’Connell, CEO EDDC, said, “As Singapore’s national drug discovery and development platform, we are very glad to have played a key role in translating the great, collaborative science of our partners into a therapeutic candidate that is now ready to enter first-in-human studies. This is a milestone for Singapore - ADCs are complex to design and develop, and we have successfully brought one from initial discovery to the initiation of clinical development. We look forward to rapidly recruiting patients for this clinical trial.”

[1] Protein glycosylation is a process in which a cell adds sugar moieties (carbohydrates) onto specific parts of a protein before the protein is expressed on the cell surface or secreted by the cell. It has been studied for decades; however in recent years, there have been more reports about aberrant (dysregulated) glycosylation being a hallmark of cancer conferring more aggressive phenotypes, driving invasion and/or metastasis. 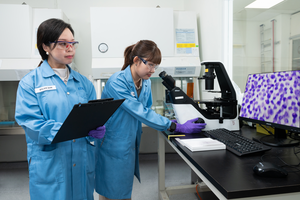 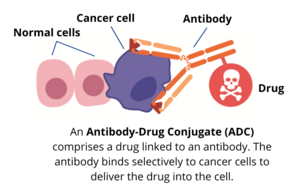