Researchers at Umeå Universit, Sweden, have discovered a previously unknown cellular component, an organelle, inside neurons that we use to perceive smell. The discovery may have implications for further research on impaired sense of smell, which is a common symptom of COVID-19.

“A prerequisite for finding a treatment for impaired sense of smell is to first understand how the sense of smell works, says Staffan Bohm,” Professor at the Department of Molecular Biology at Umeå University.

What the researchers have discovered is a so-called organelle inside nerve cells, that has not previously been observed. The newly discovered organelle has been given the name multivesicular transducosome by the researchers. The discovery was made possible thanks to Umeå University's unique microscopy infrastructure.

Organelles are distinct ’workstations’ inside cells that can be compared to the different organs of the body, i.e. different organelles have different functions in the cell. Most organelles are common to different cell types, but there are also organelles with specific functions that only occur in certain cell types. Olfactory nerve cells have long projections, i.e. cilia, that protrude into the nasal cavity and contain the proteins that bind odorous substances and thus initiate nerve impulses to the brain. The conversion of odour into nerve impulses is called transduction and the newly discovered organelle, contains only transduction proteins.

“A question for further research is whether the transductosome has a role in vision and whether it is present in brain neurons that are activated by neurotransmitters and not light and smell. If so, the discovery may prove even more significant," says Staffan Bohm.

The transducosome was discovered when researcher Devendra Kumar Maurya used a new technique called correlative microscopy. The technique combines electron microscopy and confocal microscopy so that a cell's internal structures and the location of different proteins can be imaged simultaneously. Crucial to the discovery was Devendra's method development, which enabled the technique to be used to analyse intact neurons in tissue sections.

New cellular component with importance for the sense of smell discovered 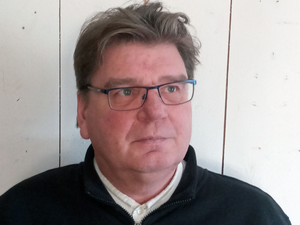 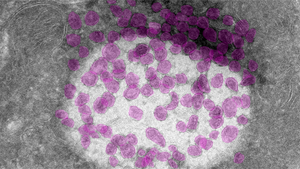