HOUSTON – (Jan. 4, 2023) – Chemists from Rice University and the University of Texas at Austin discovered more isn’t always better when it comes to packing charge-acceptor molecules on the surface of semiconducting nanocrystals.

The combination of organic and inorganic components in hybrid nanomaterials can be tailored to capture, detect, convert or control light in unique ways. Interest in these materials is high, and the pace of scientific publication about them has grown more than tenfold over the past 20 years. For example, they could potentially improve the efficiency of solar power systems by harvesting energy from wavelengths of sunlight — like infrared — that are missed by traditional photovoltaic solar panels.

To create  the materials, chemists marry nanocrystals of light-capturing semiconductors with “charge acceptor” molecules that act as ligands, attaching to the semiconductor’s surface and transporting electrons away from the nanocrystals.

“The most-studied nanocrystal systems feature high concentrations of charge acceptors that are bound directly to the semiconducting crystals,” said Rice chemist Peter Rossky, co-corresponding author of a recent study in the Journal of the American Chemical Society. “Generally, people try to maximize the surface concentration of charge acceptors because they expect the rate of electron transfer to continuously increase with surface-acceptor concentration.”

A few published experiments had shown electron transfer rates initially increase with surface-acceptor concentration and then fall if surface concentrations continue to rise. Rossky and co-corresponding author Sean Roberts, an associate professor of chemistry at UT Austin, knew molecular orbitals of ligands could interact in ways that might influence charge transfer, and they expected there was a point at which packing more ligands onto a crystal’s surface would give rise to such interactions.

Rossky and Roberts are co-principal investigators with the Rice-based Center for Adapting Flaws into Features (CAFF), a multiuniversity program backed by the National Science Foundation (NSF) that seeks to exploit microscopic chemical defects in materials to make innovative catalysts, coatings and electronics.

Rossky said the key to the behavior was the effect that ligand-ligand interactions between PDI molecules have on the geometries of PDI aggregates on crystal surfaces. Compiling evidence to show the impact of these aggregation effects required expertise from each research group and a careful combination of spectroscopic experiments, electronic structure calculations and molecular dynamics simulations.

Rossky is Rice’s Harry C. and Olga K. Wiess Chair in Natural Sciences and a professor both of chemistry and of chemical and biomolecular engineering.

The research was supported by the NSF (CHE-2124983, CNS-1338099, DGE-1610403) and the Welch Foundation (F-1885, F-1188). Support for instrumentation has been provided by the National Institutes of Health (OD021508); support for high-performance computing was provided by Advanced Micro Devices Inc. and Rice’s Center for Research Computing.

https://news-network.rice.edu/news/files/2022/12/1221_LIGAND-fig-lg.jpg
CAPTION: Chemists from Rice University and the University of Texas at Austin showed that adding more charge-accepting ligands to the surface of semiconducting nanocrystals can produce ligand-ligand interactions that reduce the rate of electron transfer in hybrid nanomaterials. (Image courtesy of P. Rossky/Rice University)

https://news-network.rice.edu/news/files/2022/12/1221-LIGAND-sr1mug-180.jpg
CAPTION: Sean Roberts (Photo courtesy of the University of Texas at Austin) 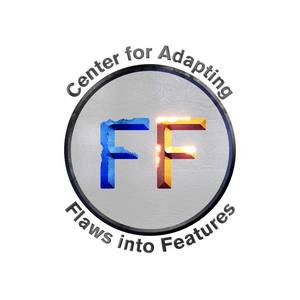