Photo 1. Nine teams that competed at the first Indy Autonomous Challenge on October 23, 2021. (KAIST team is the right most team in the front row)

KAIST (President Kwang Hyung Lee) announced on the 5th that it will participate in the “Indy Autonomous Challenge (IAC) @ CES 2023”, an official event of the world's largest electronics and information technology exhibition held every year in Las Vegas, Nevada, of the United States from January 5th to 8th.

“IAC @ CES 2023”, which is to be held at the Las Vegas Motor Speedway (LVMS) on January 7, seeks to advance technology developed as the result of last year's competition to share the results of such advanced high-speed autonomous vehicle technology with the public.

This competition is the 4th competition following the “Indy Autonomous Challenge (IAC)” held for the first time in Indianapolis, USA on October 23, 2021. At the IAC @ CES 2022 following the first IAC competition, the Unmmaned Systems Research Group (USRG) team led by Professor David Hyunchul Shim advanced to the semifinals out of a total of nine teams and won a spot to participate in CES 2023. As a result, the USRG comes into the challenge as the only Asian team to compete with other teams comprised of students and researchers of American and European backgrounds where the culture of motorsports is more deep-rooted.

For CES 2022, Professor David Hyunchul Shim’s research team was able to successfully develop a software that controlled the racing car to comply with the race flags and regulations while going up to 240 km/h all on its on.

In the IAC @ CES 2023, the official racing vehicle AV-23, is a converted version of IL-15, the official racing car for Indy 500, fully automated while maintaining the optimal design for high-speed racing, and was upgraded from the last year’s competition taking up the highest speed up to 300 km/h.

This year’s competition, will develop on last year’s head-to-head autonomous racing and take the form of the single elimination tournament to have the cars overtake the others without any restrictions on the driving course, which would have the team that constantly drives at the fastest speed will win the competition.

Photo 4. KAIST Team’s vehicle overtaking the Italian team, PoliMOVE’s vehicle during one of the race in the IAC @ CES 2022

Professor Shim's team further developed on the CES 2022 certified software to fine tune the external recognition mechanisms and is now focused on precise positioning and driving control technology that factors into maintaining stability even when driving at high speed.

Professor Shim's research team won the Autonomous Driving Competition hosted by Hyundai Motor Company in 2021. Starting with this CES 2023 competition, they signed a partnership contract with Hyundai to receive financial support to participate in the CES competition and share the latest developments and trends of autonomous driving technology with Hyundai Motor's research team.

During CES 2023, the research team will also participate in other events such as the exhibition by the KAIST racing team at the IAC’s official booth located in the West Hall.

Professor David Hyunchul Shim said, “With these competitions being held overseas, there were many difficulties having to keep coming back, but the students took part in it diligently, for which I am deeply grateful. Thanks to their efforts, we were able to continue in this competition, which will be a way to verify the autonomous driving technology that we developed ourselves over the past 13 years, and I highly appreciate that.”

“While high-speed autonomous driving technology is a technology that is not yet sought out in Korea, but it can be applied most effectively for long-distance travel in the Korea,” he went on to add. “It has huge advantages in that it does not require constructions for massive infrastructure that costs enormous amount of money such as high-speed rail or urban aviation and with our design, it is minimally affected by weather conditions.” he emphasized. 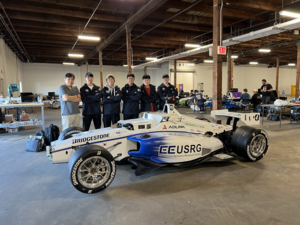 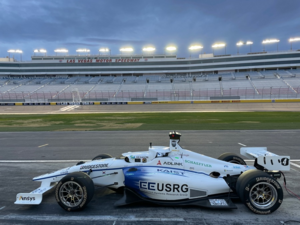 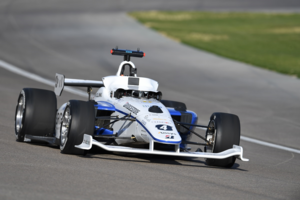 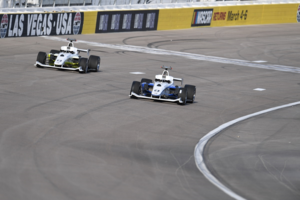