The Brain & Behavior Research Foundation (BBRF) is hosting a free webinar, “Sex Differences in Mental Health Disorders” on Tuesday, January 10, 2023, at 2:00 pm EST. The presenter will be Erin S. Calipari, Ph.D., Assistant Professor of Pharmacology and Molecular, Physiology and Biophysics at Vanderbilt University School of Medicine. Dr. Calipari is also winner of the 2019 Freedman Prize for Exceptional Basic Research and a recipient of a BBRF 2016 Young Investigator Grant. Register today at BBRFoundation.org

Until recently, an overwhelming amount of work on mental health disorders was conducted exclusively in males. This has led to a lack of understanding of sex differences in these disorders. We need to understand how they occur, are expressed, and can be treated in both men and women. Our work focuses on understanding where sex differences occur and where they do not, and how we can use this understanding to help affected individuals.

The webinar is hosted by Jeffrey Borenstein, M.D., President & CEO of the Brain & Behavior Research Foundation and host of the public television series Healthy Minds.

About Brain & Behavior Research Foundation
The Brain & Behavior Research Foundation awards research grants to develop improved treatments, cures, and methods of prevention for mental illness. These illnesses include addiction, ADHD, anxiety, autism, bipolar disorder, borderline personality disorder, depression, eating disorders, OCD, PTSD, and schizophrenia, as well as research on suicide prevention. Since 1987, the Foundation has awarded more than $440 million to fund more than 5,100 leading scientists around the world, which has led to over $4 billion in additional funding for these scientists. 100% of every dollar donated for research is invested in research. BBRF operating expenses are covered by separate foundation grants. BBRF is the producer of the Emmy® nominated public television series Healthy Minds with Dr. Jeffrey Borenstein, which aims to remove the stigma of mental illness and demonstrate that with help, there is hope. 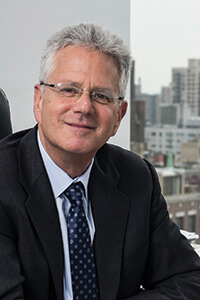