The most well-known forms of carbon include graphite and diamond, but there are other more exotic nanoscale allotropes of carbon as well. These include graphene and fullerenes, which are sp2 hybridized carbon with zero (flat-shaped) or positive (sphere-shaped) curvatures.

Meanwhile, sp2 hybridized carbon with negative curvature, called “schwarzite”, has been proposed theoretically, and its discovery has been a dream of some scientists in the field of carbon materials. It has been learned that carbon can be templated into some of the periodic pores of certain zeolites via vapor deposition but the templating is incomplete due to some pores simply being too narrow. This has thwarted making carbon schwartzites by templating routes.

Recently, a team of researchers from the Center for Multidimensional Carbon Materials within the Institute for Basic Science (IBS), South Korea led by Director Rodney RUOFF and his colleagues at the University of Science and Technology of China led by Professor Yanwu ZHU, reported a discovery of a new form of carbon.

Zhu who led the USCT team said, “Professor Ruoff explained his interest in the triply periodic minimal surfaces that were described by the mathematician Schwartz, and how trivalently bonded carbon can in principle yield identical structures at the mathematical constructs. These are now referred to as “carbon schwarzite” structures, and that also can be called “negative curvature carbon”. I told him years ago that this was an exciting research topic and that it might be possible to find ways to collaborate on his suggestion.”

This new form of carbon was produced using C60 fullerene (buckminsterfullerene, also called “buckyball molecules”) powder, as base material. The C60 was mixed with α-Li3N (“alpha lithium nitride”) and then heated to moderate temperatures while holding at one atmosphere of pressure. It was learned that the α-Li3N catalyzed the breaking of some of the carbon-carbon bonds in C60, and new C-C bonds were then formed with neighboring C60 molecules through electron transfer to the C60 molecules.

Ruoff said, “In this particular effort, Prof. Zhu and team at USTC used a potent electron transfer agent (α-Li3N) to drive the formation of a new type of carbon by starting with crystalline fullerene.”

It was found that the formation of the LOPC occurred under narrow temperatures and carbon/Li3N ratio conditions. Heating up to 550 oC with a 5:1 ratio between carbon and Li3N causes partial destruction (breaking of some C-C bonds) of the buckyballs, which resulted in discovery of the “broken C60 cage” structure that is found in the LOPC.

A milder temperature of 480 oC or lower level of Li3N does not damage the buckyballs, which instead join together to form a “C60 polymer crystal”. This crystal decomposes back to individual buckyballs upon reheating. Meanwhile, adding too much Li3N or a harsher temperature above 600 oC resulted in the complete disintegration of the buckyballs.

This new carbon was characterized by a variety of methods, and (indeed) its characterization was not easy because of the variety of slightly different ‘broken C60 cages’ that nonetheless maintain their positions in a standard face-centered cubic crystal lattice.  X-ray diffraction, Raman spectroscopy, magic-angle spinning solid-state nuclear magnetic resonance spectroscopy, aberration-corrected transmission electron microscopy, and neutron scattering were used to derive an understanding of the structure of this new form of carbon. Numerical simulations based on a neural network type of modeling, combined with the experimental methods mentioned above, show that LOPC is a metastable structure produced during the transformation from ‘fullerene-type’ to ‘graphene-type’ carbons.

The “carbon K-edge near-edge X-ray absorption fine structure” data shows a higher degree of delocalization of electrons in LOPC than in C60. The electrical conductivity is found to be 1.17 × 10−2 S cm−1 at room temperature, and conduction at a temperature of less than 30 Kelvin seems to be a combination of metallic-like transport over short distances punctuated by carrier hopping. Knowing these electrical properties is important for elucidating what possible applications there might be for such a new type of carbon.

Ruoff notes, “While this beautiful new type of carbon has many fascinating features, it is not a carbon schwarzite, so that experimental challenge still remains on the horizon! Indeed, this carbon is something different and unique - it opens up entirely new possibilities in new directions for carbon materials.”

The preparation of LOPC paves the way for the discovery of other crystalline carbons starting from C60(s) - and perhaps from other fullerenes like C70, C76, C84, and so on. Other exciting options would be including another element. This can be done by starting with the “endohedral” fullerenes such as M@ C60, where M can be an element like lanthanum or many others, which is encapsulated inside the all-carbon fullerene cage.

The team sees possible applications in harvesting, transformation, and storage of energy; in catalysis to generate chemical products; and for the separation of molecular ions or gases. An important aspect also emphasized in their Nature paper is the scalability of the synthesis. Zhu notes that it is readily scalable to a kilogram scale, and with continuous production processes, it may be possible to achieve ton-scale production.

“Yanwu invited me to join the effort after some initial success in synthesis and promising initial steps in their project, and fortunately, I was able to make some helpful suggestions about the science underway and through to completion of this study now published in Nature. Credit for the synthesis and the hands-on experimental studies is entirely due to Yanwu and his team. It was my pleasure to provide some advice on certain topics, including some analyses to undertake and what might be learned therefrom,” Ruoff notes. “Collaboration with colleagues is one of the pleasures of doing science. The topic here was a new form of carbon, perfectly aligned with the interests of our CMCM center that I direct and that is located at UNIST. So, I jumped into the collaboration with excitement, and a great eagerness to try to contribute in useful ways!”

Zhu said, “Professor Ruoff is a legendary scientist in carbon materials and also, simply in general. I was a postdoctoral fellow in his research group for 3 years and 3 months, and during those years I learned a great deal about how to do basic science from him. Indeed, my final years as a postdoc were spent in very close dialogue with him on a daily basis about work that was eventually published in Science, which happened to also be about trivalently bonded carbon based on graphene-like sheets. I and my team were very happy he joined our effort, and he contributed strongly to the science that we have described in our article published in Nature.” 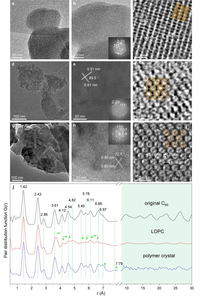 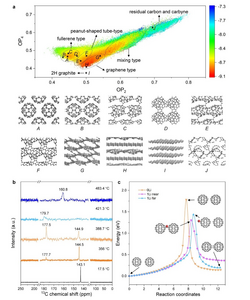 Figure 3. Simulations and in situ MAS-SSNMR 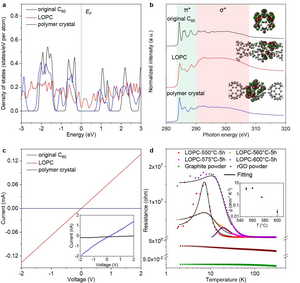