Sixteen cities across the USA are supporting the implementation of a UK model for tackling violence.

Supported by the Centres for Disease Control and Prevention (CDC), the model was adopted as US policy in 2018, and led to the creation of a toolkit to aid roll out.

The Model enables cities to create violence prevention boards bringing police, health, local authorities and third sector organisations together to take action based on these data.

Advocated and promoted by the World Health Organisation and CDC, the Model is already in use around the world, from the UK and the Netherlands to Australia and South Africa.

“The Cardiff Model of Violence Prevention empowers communities to reduce violence in their own neighborhoods.  At its core, it creates collaborations between different sectors and community partners that normally would not exist.  These novel partnerships have a more complete and informed view of the violence plaguing their city, and work together to implement data-driven community-level interventions. As an Emergency Physician who cares for victims of violence everyday, the Cardiff Violence Prevention Program, gives me the opportunity to make the communities we serve safer for our patients.”

Dr Stephen Hargarten, Professor of Emergency Medicine and the Senior Injury and Policy Advisor of the Comprehensive Injury Center at the Medical College of Wisconsin, said: “We are excited to see the Cardiff Model of Violence Prevention being translated in West Allis and Milwaukee, Wisconsin and being considered across the United States. The implantation of the Cardiff Model in the United States is timely and much needed. I have practiced emergency medicine for close to four decades and this is one of the best actions that we can take to help make the communities we serve safer for everyone.”

The model’s successes are highlighted in a newly published 2022 report, The Cardiff Model for Violence Prevention, which celebrates notable public health innovations developed through the model since the late 1990s, including the use of toughened glasses in bars, real-time CCTV surveillance, information sharing with school nurses, and pedestrian areas in trouble-spots.

Professor Shepherd said: “Growing interest and implementation of the Cardiff Model in the United States could not be timelier. Violence has been a hot topic throughout the recent US mid-term elections. The sixteen cities in the National Cardiff Network recognise the power of the Model to cut violence, cut costs and generate collective accountability – including police accountability -  for preventing this major societal scourge “

A full copy of The Cardiff Model for Violence Prevention can be found here.

A GRAPHIC MAP showing the cities can be found here.

Photos of Professor Shepherd are here. 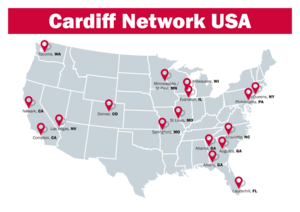 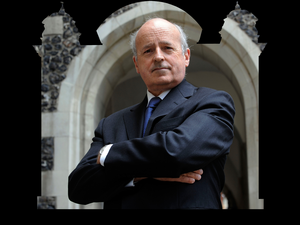