As a growing number of older adults are experimenting with cannabis to help alleviate chronic symptoms, a new University of California San Diego School of Medicine study has identified a sharp increase in cannabis-related emergency department visits among the elderly.

The study, published Jan. 9, 2023 in the Journal of the American Geriatrics Society, identified a 1,808% relative increase in the rate of cannabis-related trips to the emergency department among California adults ages 65 and older from 2005 to 2019. Researchers used a trend analysis of data from the Department of Healthcare Access and Information and found that cannabis-related emergency department visits went from a total of 366 in 2005 to 12,167 in 2019.

The significant increase is particularly troublesome to geriatricians, given that older adults are at a higher risk for adverse health effects associated with psychoactive substances, including cannabis.

“Many patients assume they aren’t going to have adverse side effects from cannabis because they often don’t view it as seriously as they would a prescription drug,” said Benjamin Han, MD, MPH, the study’s first author and a geriatrician in the Division of Geriatrics, Gerontology, and Palliative Care in the Department of Medicine at UC San Diego School of Medicine.

“I do see a lot of older adults who are overly confident, saying they know how to handle it — yet as they have gotten older, their bodies are more sensitive, and the concentrations are very different from what they may have tried when they were younger.”

The use of cannabis by older adults has increased sharply over the past two decades in the United States with the legalization for medical and recreational purposes in many states. California legalized medical marijuana in 1996 and recreational cannabis in 2016. While there is limited evidence that cannabis may be helpful for specific conditions, older adults are increasingly using the plant-based drug to treat a wide range of symptoms and using it socially — while their perceived risk of regular use is decreasing.

The study highlights that cannabis use among older adults can lead to unintended consequences that require emergency care for a variety of reasons. Cannabis can slow reaction time and impair attention, which may lead to injuries and falls; increase the risk for psychosis, delirium and paranoia; exacerbate cardiovascular and pulmonary diseases and interact with other prescription medications.

“We know from work in alcohol that older adults are more likely to make a change in substance use if they see that it is linked to an undesirable medical symptom or outcome — so linking cannabis use similarly could help with behavioral change,” said Alison Moore, MD, MPH, co-author of the study and chief of the Division of Geriatrics, Gerontology, and Palliative Care in the Department of Medicine at UC San Diego School of Medicine.

“We truly have much to learn about cannabis, given all the new forms of it and combinations of THC (tetrahydrocannabinol) and CBD (cannabidiol), and this will inform our understanding of risks and possible benefits, too.”

The study highlights that education and discussions with older adults about cannabis use should be included in routine medical care. Yet, according to Moore, current substance uses screening questionnaires typically lump cannabis/marijuana with non-legal drugs, such as cocaine and methamphetamine, which can lead to patients being hesitant to answer.

“Instead, asking a question like, ‘Have you used cannabis — also known as marijuana — for any reason in the last 12 months?’ would encourage older adults to answer more frankly,” Moore said.

“Providers can then ask how frequently cannabis is used, for what purpose — such as medically for pain, sleep, or anxiety or recreationally to relax — in what form (smoked, eaten, applied topically) and if they know how much THC and CBD it contains. Once the provider has this type of information, they can then educate the patient about potential risks of use.”

“Although cannabis may be helpful for some chronic symptoms, it is important to weigh that potential benefit with the risk, including ending up in an emergency department,” Han said.

Co-authors of the study include Jesse Brennan, Mirella Orozco and Edward Castillo, all with UC San Diego.

Cannabis-related emergency department visits among older adults on the rise 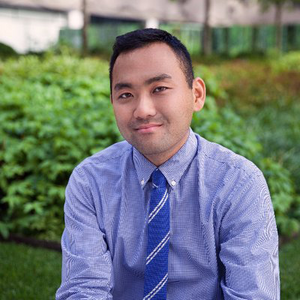