Obstructive sleep apnea (OSA) is a condition in which the airway is blocked during sleep. It may cause multiple occurrences of shallow breathing (hypopnea) or a temporary pause in breathing (apnea) during sleep. If left untreated, patients with OSA may experience reduced quality of life and health problems in more serious cases.

Patients with moderate-to-severe OSA, i.e., AHI (apnoea-hypopnoea index) of 15 events or above per hour, may require surgery to enlarge their airway if non-surgical treatment such as the use of continuous positive air pressure ventilator fails. Surgical treatment of OSA involves the removal or repositioning of soft tissues (e.g tonsils) or advancing the jaw to expand the upper airway, since patients with OSA often have smaller or recessed jaws.

Jaw advancement surgery is an effective treatment for OSA. However, it may change the facial appearance and the ‘bite’, especially among Eastern Asians who usually have more protrusive lips than Caucasians. This makes it harder to perform jaw advancement surgery without compromising on their facial aesthetics.

The research team in the Oral and Maxillofacial Surgery (OMFS) of the Faculty of Dentistry at the University of Hong Kong (HKU) recently conducted a pilot study to measure if a newly conceptualised jaw surgery technique could help improve moderate-to-severe level OSA.

The findings, now published in the International Journal of Oral and Maxillofacial Surgery, indicate that this surgery can significantly alleviate sleep apnea, and also maintain or even improve the patient’s appearance.

All the patients involved in the study with moderate-to-severe OSA showed a 50% or more reduction in breathing disturbances at night after the surgery, and 58% of the patients were considered to be cured, showing no signs of sleep apnea.

The jaw surgery technique involves a multi-segment osteotomy (cutting and reshaping bones) of the lower jaw called segmental mandibular advancement (SMA). It is a combination of a procedure to upright the anterior jaw segment to create space and a procedure to advance the whole lower jaw.

The surgery is done to bring about significant enlargement of the skeletal airway at the base of the tongue, as well as an appealing aesthetic of the face and functional outcome in the bite.

The lead researcher of the team, Dr Mike YY Leung, Clinical Associate Professor in Oral and Maxillofacial Surgery, expressed that this multi-segment jaw correction surgery as adopted in SMA has been used to correct facial deformities in Hong Kong for many years, but their study takes it several steps forward.

“It was the first-ever study to prove that SMA could also effectively bring improvement in OSA. The uniqueness of facial features among the Eastern Asian population was the reason to use this method, which takes into consideration the aesthetics and jaw function on top of the significant airway expansion,” he said.

Twelve patients in Hong Kong with moderate-to-severe OSA, referred by different dentists, general practitioners, and ENT specialists were evaluated for this study. They received SMA as a major part of their jaw advancement surgery.

Surgical success, as defined by a reduction of the initial AHI by 50% or more, was observed in 11 out of 12 patients. This implies that almost all the patients showed a 50% or more reduction in breathing disturbances at night.

Surgical cure, as defined by an AHI of less than 5 events per hour— was also observed in 7 out of 12 patients. Thus, 58% of the patients were cured after the surgery, showing no signs of sleep apnea.

On average, the airway volume was also found to have increased by 2.8 times after the surgery, allowing patients to breathe better. These figures remained constant during the 1-year study period.

There was no incidence of any major complications in the surgery, thus showing that SMA is potentially a safe and effective procedure for patients with severe OSA.

Dr Joan CC Wan, co-investigator of the project, said the findings of the study are encouraging since they show significant improvement even in severe OSA cases as well as consistent results.

“We believe the pilot study has set a cornerstone for a larger scale study that can observe the long-term effects of this technique and help us compare that with the other treatment methods for OSA.” Dr Wan said.

This paper entitled ‘Segmental mandibular advancement for moderate-to-severe obstructive sleep apnoea: a pilot study’ is published in the journal International Journal of Oral and Maxillofacial Surgery and can be accessed through this link: https://www.ijoms.com/article/S0901-5027(22)00459-3/fulltext 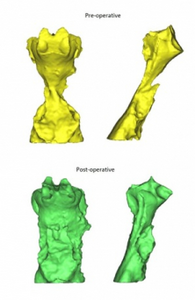 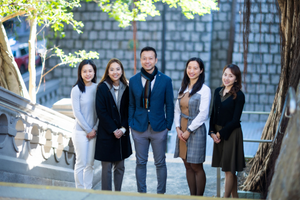