“This new camera is an innovative prototype with potential benefits for the photonics industry in Quebec and the rest of Canada,” says Dr. Liang, a researcher specializing in ultrafast imaging and biophotonics and the corresponding author of the study.

For several years, Professor Jinyang Liang has focused his research on laser modulation techniques in new optical imaging devices. Single-pixel imaging (SPI) has emerged as a powerful technique using light modulation and a single-point detector instead of a two-dimensional sensor. However, most SPI systems are limited by the sole use of digital micromirror devices (DMDs) which means that the speed at which the single-pixel camera can record images is only a few tens of hertz.

Other methods use fast-moving physical encoding masks for light modulation. Although fast, these masks also fix the resolution, making such systems inflexible to be adapted to different experimental parameters.

In contrast to these approaches, the new camera developed by scientists at INRS combines a digital micromirror device with laser scanning for fast and reconfigurable pattern projection. This allows the system to operate at different spatial resolutions, as well as at different imaging speeds and modes. As a result, it is capable of streaming real-time video at 100 frames per second (fps), and up to 12,000 fps offline.

“The ability to image in real-time at 100 fps surpasses existing technologies and sheds light on many industrial applications where on-site analysis and online feedback are needed,” says Patrick Kilcullen, first author of the paper and a doctoral student at INRS.

Another feature is that the system is very generic and can be easily adapted to many configurations.

Scientifically, the device could have broad applications, especially in the non-visible spectrum, as there is no suitable camera. Very high-speed imaging allows the capture of transient events, such as the analysis of combustion phenomena, the detection of hazardous gases and the characterization of semiconductor materials.

The team, consisting of PhD student Patrick Kilcullen and professors Tsuneyuki Ozaki and Jinyang Liang, has patented the technique and is currently seeking collaborations to commercialize it. 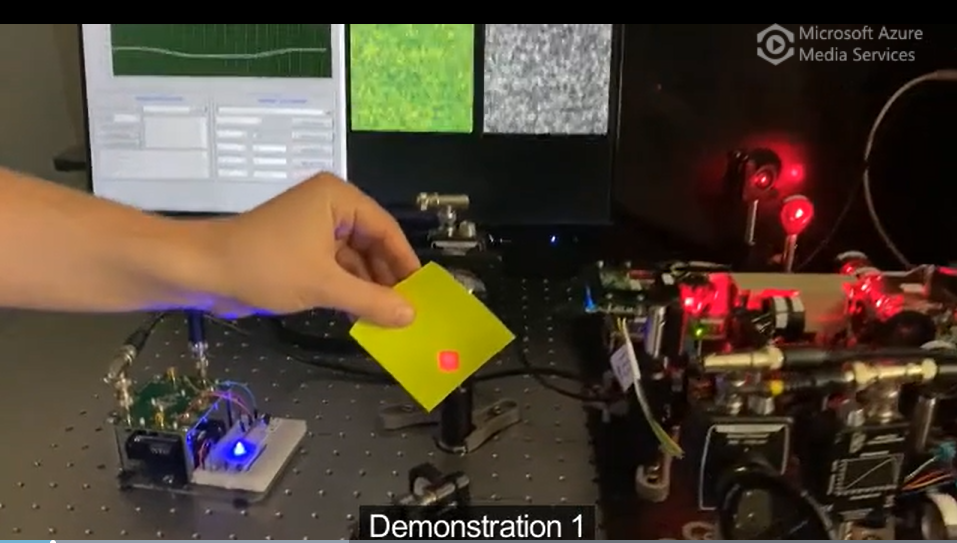 A filmed demonstration of SPI-ASAP operating in real-time for a variety of scenes, frame resolutions, and frame rates.