WASHINGTON — Researchers have developed a way to use laser light to pull a macroscopic object. Although microscopic optical tractor beams have been demonstrated before, this is one of the first times that laser pulling has been used on larger objects.

Light contains both energy and momentum that can be used for various types of optical manipulation such as levitation and rotation. Optical tweezers, for example, are commonly used scientific instruments that use laser light to hold and manipulate tiny objects such as atoms or cells. For the last ten years, scientists have been working on a new type of optical manipulation: using laser light to create an optical tractor beam that could pull objects.

“In previous studies, the light pulling force was too small to pull a macroscopical object,” said research team member Lei Wang from QingDao University of Science and Technology in China. “With our new approach, the light pulling force has a much larger amplitude. In fact, it is more than three orders of magnitudes larger than the light pressure used to drive a solar sail, which uses the momentum of photons to exert a small pushing force.”

In the Optica Publishing Group journal Optics Express, Wang and colleagues demonstrate that macroscopic graphene-SiO2 composite objects they designed can be used for laser pulling in a rarefied gas environment. This type of environment has a pressure much lower than atmospheric pressure.

“Our technique provides a non-contact and long-distance pulling approach, which may be useful for various scientific experiments,” said Wang. “The rarefied gas environment we used to demonstrate the technique is similar to what is found on Mars. Therefore, it might have the potential for one day manipulating vehicles or aircraft on Mars.”

In the new work, the researchers designed a special graphene-SiO2 composite structure specifically for laser pulling. When irradiated with a laser, the structure creates a reversed temperature difference, meaning that the side facing away from the laser gets hotter.

When objects made from the graphene-SiO2 composite structure are irradiated by a laser beam, gas molecules on their back side receive more energy and push the object toward the light source. Combining this with the low air pressure of a rarified gas environment allowed the researchers to obtain a laser pulling force strong enough to move macroscopic objects.

Using a torsional — or turning — pendulum device made from their graphene-SiO2 composite structure, the researchers demonstrated the laser pulling phenomenon in a way that was visible to the naked eye. They then used a traditional gravity pendulum to quantitatively measure the laser pulling force. Both devices were about five centimeters long.

“We found that the pulling force was more than three orders of magnitudes larger than the light pressure,” said Wang. “In addition, the laser pulling is repeatable, and the force can be tuned by changing the laser power.”

The researchers caution that this work is only a proof of concept and that many aspects of the technique would need improving before it would be practical. For example, a systematic theoretical model is needed to accurately predict the laser pulling force for given parameters including the geometry of object, laser energy and the surrounding media. They would also like to improve the laser pulling strategy so that it can work for a wider range of air pressures.

“Our work demonstrates that flexible light manipulation of a macroscopical object is feasible when the interactions between the light, object and medium are carefully controlled,” said Wang. “It also shows the complexity of laser-matter interactions and that many phenomena are far from being understood on both on macro and micro scales.”

Optics Express reports on scientific and technology innovations in all aspects of optics and photonics. The bi-weekly journal provides rapid publication of original, peer-reviewed papers. It is published by The Optical Society (OSA) and led by Editor-in-Chief James Leger of the University of Minnesota, USA. Optics Express is an open-access journal and is available at no cost to readers online.

Optica Publishing Group is a division of Optica (formerly OSA), Advancing Optics and Photonics Worldwide. It publishes the largest collection of peer-reviewed content in optics and photonics, including 18 prestigious journals, the society’s flagship member magazine, and papers from more than 835 conferences, including 6,500+ associated videos. With over 400,000 journal articles, conference papers and videos to search, discover and access, Optica Publishing Group represents the full range of research in the field from around the globe.

Macroscopic laser pulling based on Knudsen force in rarefied gas 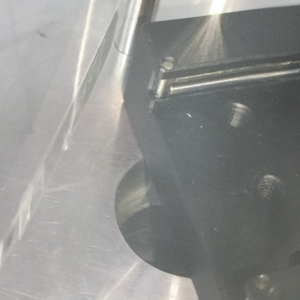