Upon further studying using film and sensor cameras, 14 documented cases show these macaques are fishing for sustenance, with an additional six cases of fish capture and feeding being highly likely. These cases were documented amongst at least three different groups of macaques and seem to occur independent of the time of day or weather conditions, though the study only occurred from January to March of 2022. This behavior is significant in the future studying of survival behaviors, how these behaviors were acquired in the first place, and how they might be passed onto future generations.

Recent video evidence shows Japanese macaques engaging in fishing behaviors to sustain themselves throughout the barren, harsh winter months in the Japanese Alps. Recently published results support the original report that was published in November 2021 in the same journal which hypothesized these fish-seeking efforts.

The results were published on November 29th, 2022 in Scientific Reports.

This catching and feeding behavior appears to be an extension of existing, documented behaviors of feeding on vegetation that grows above the surface of the snow as well as aquatic plant matter and by extension, insects found on these plants. The streams containing these aquatic plants are also home to many cold-water salmonids, so it’s only natural to think perhaps the macaques may stray from their insect meal to a fish one.

“Video analysis has also shown that during these behaviours, when the fish are nearby, their attention is diverted to the fish. We interpreted this sequence of behaviour as a pre-adaptation to fish-eating, and that fish-eating behaviour may have evolved through these several stages,” said Masaki Takenaka and Koji Tojo, corresponding author and Professor of the Department of Biology at Shinshu University.

These “pre-adaptations” are the proposed mechanism for the fish-hunting and eating behaviors observed, though evolutionary pressures due to the unrelenting winter conditions can be contributors to the unique behavior that has been observed in the macaques of this area.

After confirming fishing behaviors in Japanese macaques in the Kamikochi region, the next step is to further understand why, and how, these behaviors developed.

“Having obtained evidence that Japanese macaques in the Kamikochi catch and eat live fish, the next step for us in this research was to investigate how these fish-eating behaviours spread within the macaque group – Is it genetic? Is it a kind of culture that can be transmitted within the group?” Tojo says. Interestingly, some of these macaques are observed to disregard the fish entirely. Whether this is genetic or something else entirely is yet to be seen.

Now, after identifying 200 individuals across four distinct groups, Tojo and his team seek to identify relationships based on these individuals and their fish-seeking (or fish-avoidance) behavior to see how it may be passed onto other individuals in the group and future generations.

Shinshu University is a national university founded in 1949 located nestling under the Japanese Alps in Nagano known for its stunning natural landscapes. Our motto, “Powered by Nature - strengthening our network with society and applying nature to create innovative solutions for a better tomorrow” reflects the mission of fostering promising creative professionals and deepening the collaborative relationship with local communities, which leads up to our contribution to regional development by innovation in various fields. We’re working on providing solutions for building sustainable society through interdisciplinary research fields: material science (carbon, fiber and composites), biomedical science (for intractable diseases and preventive medicine) and mountain science, and aiming to boost research and innovation capability through collaborative projects with distinguished researchers from the world. For more information visit our website or follow us on Twitter @ShinshuUni for latest news. 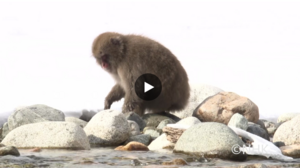 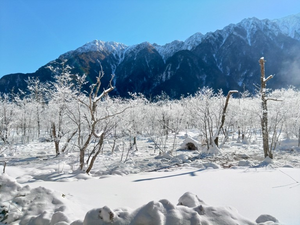 Kamikochi/Azusa River in the cold winter