Integration is not only a problem of social significance among humans, but also an issue for the cells that form us as humans. The addition of new cells into an already established group of cells is crucial for shaping the organs during normal development, but the very same mechanism is also often hijacked by cancer cells as they spread within other cells. A new interdisciplinary study reveals how new cells join a tissue by reading mechanical information from the neighboring tissue. They use cellular fingers called filopodia to touch the neighboring cells to open up the cell layer. The study is published in Nature Communications.

To understand how new cells integrate within a cell layer, the group of scientists focused on the formation of cell layers in the . Frog cells share many characteristics with human cells, so they are useful for this type of research.

During embryo development, this multilayered cell assembly gets rearranged as new cells move from the to form tissue. This process must happen with accurate precision so that every single one of the incoming cells are properly placed.

High resolution microscope images showed that the incoming cells extend finger-like structures towards the cell layer that lies on top of them.

Detailed analyses of the experiments together with the theoretical model then revealed that the incoming cells use their finger-like extensions to pull on the vertices of the host layer, essentially probing for if they can open the vertex up and insert themselves.

Amin Doostmohammadi, assistant professor and the leader of the Active Intelligent Matter Group at the Niels Bohr Institute, explains how it works:

Physical models predict the behaviour of the living tissue

A similar trend was observed in the experiments, confirming the theoretical predictions, and showing that indeed incoming cells use pulling forces to find the weakest points within the host layer to insert themselves”.

The researchers used a very simple physics model of a network of vertices attached together through edges as a proxy for the complex network that cells form (see e.g. video).

“With this simple model we could then test different types of vertices. We could pull on them to simulate the pulling forces that the new cells exert, we could check how much tension vertices can tolerate and whether they could indeed open up as a result.

It was really a cross-talk between model and experiments, physics and biology: Designing a simple model, adjusting it to best represent key elements in the experiment, then making predictions that were verified by the experiments”.

Incoming cells create their own openings in existing cell layers

These new findings highlight the importance of mechanical information in directing cell movement during embryonic development and provide a better understanding of how finger-like structures (filopodia), a common feature in invading cancers, are used to sense neighboring cells.

“It is amazing to see how mechanical this whole process is. Cells do not have a brain or a mechanism of decision-making. It is thus fascinating to find out how the incoming cells so accurately pull, probe, and choose the weak points in an existing cell layer, and if the environment is not favorable the cells even modify the layer and insert themselves,” adds Amin Doostmohammadi.

“The understanding gained from revealing the mechanisms of cell insertion has implications in situations where unwanted cells, such as cancer cells, invade a cell layer. This understanding is a prerequisite for later development of therapies for treatment”.

Combining the fields of theoretical physics and developmental biology, this is the result of an international team of scientists from the Niels Bohr Institute (NBI), the Novo Nordisk Foundation Center for Stem Cell Medicine (reNEW) and the Max Planck Center for Physics of Living Systems (MPI-PKG).

The work is published in the prestigious and interdisciplinary journal Nature Communications under the title: “Multiciliated cells use filopodia to probe tissue mechanics during epithelial integration in vivo”. 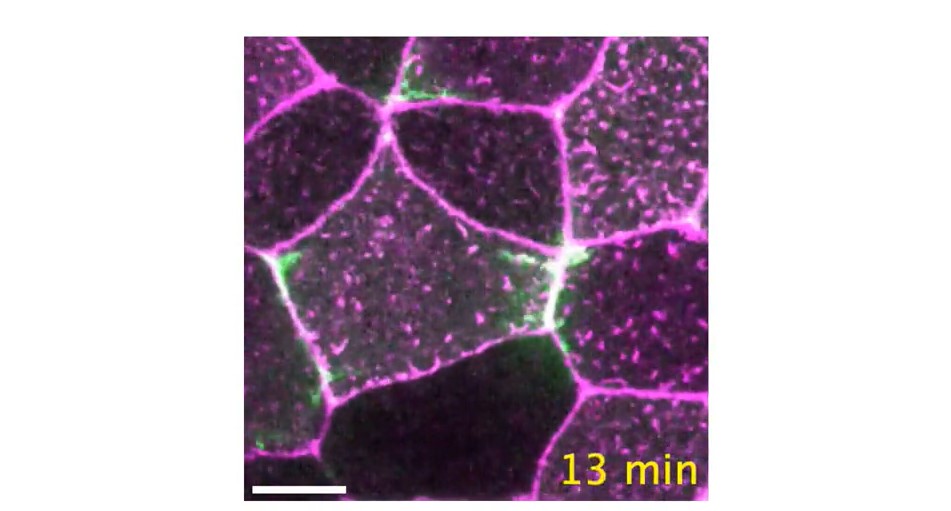