Utrecht (The Netherlands), January 12, 2023 - Investigators at University Medical Center Utrecht (the Netherlands) and Yale University (USA) have isolated and characterized two new bacterial species from patients with inflammatory bowel disease (IBD). The previously unknown bacterial species, which were named Allobaculum mucilyticum and Allobaculum fili, are isolated from the intestinal microbiota from two different patients and are the first members of the Allobaculum genus found in humans. In-depth characterization revealed that the strains were highly efficient in breaking down the protective mucus layer of the gut and provoked potent immune responses. These findings highlight the potential role for bacteria in the pathogenesis of IBD and may contribute to future preventive therapy.

The intestinal microbiota contains thousands of bacterial species, many of which have never been cultured and examined in the laboratory. While the majority of these bacterial species is harmless or even contributes to our health, others are suspected to contribute to diseases like colorectal cancer and inflammatory bowel disease (IBD). IBD is a chronic inflammatory disorder that consist mainly of Crohn's disease and ulcerative colitis and affects millions of people worldwide. Currently, it remains unclear what causes IBD, although an unwanted immune response against the intestinal microbiota is believed to play a crucial role. Therefore, researchers at University Medical Center (UMC) Utrecht and Yale University (New Haven CT, USA) set out to jointly isolate and study novel bacteria isolated from patients with IBD.

Using state-of-the-art 'culturomics', the investigators were able to isolate two new bacterial species from the intestinal tract of patients with IBD. These bacteria, which were officially named Allobaculum mucilyticum and Allobaculum fili, are closely related Gram-positive bacteria that grow in long chains and are the first members of the Allobaculum genus to be identified in humans. Genetic analysis revealed that they were distant cousins from Erysipelothrix rhusiopathiae, a pathogenic bacterium that infects various animals like pigs, turkeys and chickens but also occasionally humans.

Breakdown of the intestinal mucus layer

In two additional studies, the investigators next looked at the characteristics of Allobaculum mucilyticum and the role it might play during intestinal disease. The bacterium was revealed to be a highly efficient degrader of intestinal mucus, the protective slimy layer that separates most intestinal bacteria from the host cells. Using a combination of genetic, proteomic and biochemical analyses, it was shown that Allobaculum mucilyticum releases a broad range of enzymatic proteins during growth that, one-by-one, cleave off individual sugars from the mucin protein. These liberated sugars could then be used to further support bacterial growth but may also diminish the protective function of the mucus layer. Finally, in a collaboration with the team of Noah Palm, PhD from Yale University, it was shown that Allobaculum mucilyticum caused intestinal inflammation in infected mice and interfered with the immune response to a commonly found healthy human commensal bacterium.

"Although still very preliminary, it is tempting to speculate that the new Allobaculum species, or other bacterial species with similar characteristics, play a role in the intestinal inflammation as seen in patients with IBD", Principal investigator Marcel de Zoete, PhD (Department of Medical Microbiology, UMC Utrecht) speculates. “There is still a long way to go before we fully understand the role of the intestinal microbiota in the pathogenesis of IBD, but studies like these are important steps that might bring novel insights and clues for future preventive therapy."

The authors declare that there are no conflicts of interest. 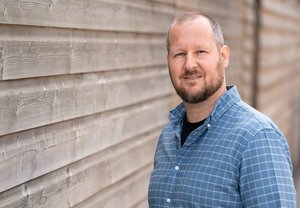