A team at the Centro Nacional de Investigaciones Cardiovasculares (CNIC), working in collaboration with institutes in the USA, has demonstrated that acquired mutations in the gene encoding the protein p53 contribute to the development of atherosclerotic cardiovascular disease.

Known as the Guardian of the Genome, p53 helps to maintain the integrity of the hereditary material inside cells by regulating multiple cell functions in response to cellular stresses.

Every day, an adult person generates hundreds of thousands of blood cells. Though essential, this process unavoidably promotes the appearance of mutations in the progenitor cells responsible for this production.

The presence of acquired p53 gene mutations in blood cells increases the risk of developing various types of cancer, including blood cancers.

In the new study, published in Nature Cardiovascular Research, the CNIC group led by José Javier Fuster demonstrates that p53 mutations also accelerate the development of atherosclerosis, the underlying cause of most cardiovascular disease, which is the leading cause of death in the world and places an enormous burden on health care systems.

Working in collaboration with the groups led by Derek Klarin at Stanford University, Pradeep Natarajan at Massachusetts General Hospital, and Alexander Bick at Vanderbilt University, the scientists analyzed sequencing data from the blood cells of more than 50,000 people.

“We found that carriers of acquired mutations in p53 had a higher risk of developing coronary heart disease and peripheral artery disease, and this effect was independent of established cardiovascular risk factors like hypertension or elevated blood cholesterol,” explained Dr. José Javier Fuster.

Based on these results, the CNIC scientists conducted functional studies in animal models of atherosclerosis, into which they introduced cells carrying p53 mutations.

The results showed that mice carrying these mutations developed cardiovascular disease more rapidly, mostly due to an abnormally elevated proliferation rate of immune cells in the artery walls.

“This combination of observations in humans with experimental studies in animals provides solid evidence that these mutations increase the risk of developing cardiovascular disease,” said Dr. Fuster.

For Dr. Valentín Fuster, CNIC General Director, President of Mount Sinai Heart and Physician-in-Chief of The Mount Sinai Hospital and an author on the study, these findings “broaden our knowledge of how the acquisition of mutations in blood cells, a phenomenon called clonal hematopoiesis, acts as a cardiovascular risk factor.”

Previous work by the same group had already demonstrated in a 2021 article in The Journal of the American College of Cardiology (JACC) that several of these mutations, such as those that affect the TET2 gene, contribute to the development of cardiovascular disorders like atherosclerosis and heart failure.

Now, “as well as validating that earlier study, our new results extend our findings to include mutations in p53 and the development of peripheral artery disease, a condition that is especially prevalent in the elderly population,” said Dr. José Javier Fuster

The researchers highlight that mutations in different genes contribute to cardiovascular disease through distinct mechanisms. “In the future, this could be exploited to design personalized prevention strategies targeting the specific effects of different mutations,” said CNIC scientist Nuria Matesanz, one of the co-first authors on the study.

In addition to the CNIC Hematovascular Pathophysiology group led by Dr. José Javier Fuster, the study benefitted from the participation of other CNIC laboratories, including those led by Dr. Valentín Fuster and Dr. Andrés Hidalgo.

The study was also supported by the US National Institutes of Health and the Department of Veterans Affairs.

The 'guardian of the genome' protects against cardiovascular disease 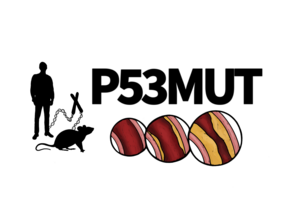