Abu Dhabi, UAE, January 16, 2023 – To determine the representation of women among scientific journal editors — key players in the scientific community who have the final say about what papers get published — a team led by NYU Abu Dhabi (NYUAD) researchers has completed the largest study to date of systemic gender inequality in editorial boards over the past five decades. Since scientific editors shape the content of academic journals and set standards for their fields, gender disparity can influence opportunities for women to publish in these journals, receive recognition for their research, and advance their careers.

The NYUAD researchers and their colleagues studied both the gender composition of editorial boards across fifteen disciplines and the rate at which editors publish their own research in the journals they oversee. They found that women have been consistently underrepresented on editorial boards across disciplines, and editors could publish up to 70 percent of their papers in the journals they edit while continuing to serve as editors. However, women were found to be less likely to publish their own work in their own journals.

In the paper titled Gender inequality and self-publication are common among academic editors published in the journal Nature Human Behaviour, the NYUAD researchers used algorithmic tools to infer the gender of 81,000 editors serving more than 1,000 journals and 15 disciplines over five decades and found that only 26 percent of authors in the data set were women, and even fewer women were editors (14 percent) or editors-in-chief (eight percent).

While being the gatekeepers of science, editors also actively seek opportunities to publish. The vast majority of editors are research-active academics who perform editorial duties in addition to their research activities. By analyzing the publication records of 20,000 editors, the researchers found that 12 percent publish at least one fifth, and six percent publish at least one third, of their own papers in the journal they edit. Editors-in-chief tend to self-publish at a higher rate; it was found that 19 percent self-publish at least one fifth of their papers, and 11 percent self-publish one third of their papers. Finally, compared to women, men have a higher increase in the rate at which they publish in a journal soon after becoming its editor.

While gender disparity has often been measured in terms of citation count, paper count, and career length, this study has shown that, at least for editors-in-chief, gender disparity goes beyond what is predicted by these numbers. Editors are highly influential and can choose to foster a more inclusive scientific community by selecting papers transparently, and can encourage a more inclusive editorial board by recruiting board members from underrepresented groups. Therefore, diversity and representation amongst editors is critical.

“The editors of scientific journals hold tremendous power in their fields, directly influencing what research – and which researchers – are elevated. Unfortunately, not all scientists have an equal opportunity to hold these positions. Our study shows that, despite efforts to increase the representation of women in all aspects of the scientific workforce, including editorial leadership positions in journals, it is clear that women are still significantly underrepresented in positions of power,” said Associate Professor of Computer Science Talal Rahwan.

Assistant Professor of Computational Social Science Bedoor AlShebli added: “This study also indicates the systematic prevalence of non-meritocratic factors in selecting editors-in-chief that work against women. Our findings align with past findings that women face additional obstacles in being recognized as elite scientists in their respective disciplines. Future research will be necessary to further pinpoint the underlying mechanisms behind these findings, with the goal of contributing to a fairer, more transparent, and more inclusive culture of scientific editorship.”

NYU Abu Dhabi is the first comprehensive liberal arts and research campus in the Middle East to be operated abroad by a major American research university. NYU Abu Dhabi has integrated a highly selective undergraduate curriculum across the disciplines with a world center for advanced research and scholarship. The university enables its students in the sciences, engineering, social sciences, humanities, and arts to succeed in an increasingly interdependent world and advance cooperation and progress on humanity’s shared challenges. NYU Abu Dhabi’s high-achieving students have come from over 115 countries and speak over 115 languages. Together, NYU's campuses in New York, Abu Dhabi, and Shanghai form the backbone of a unique global university, giving faculty and students opportunities to experience varied learning environments and immersion in other cultures at one or more of the numerous study-abroad sites NYU maintains on six continents.

Gender inequality and self-publication are common among academic editors 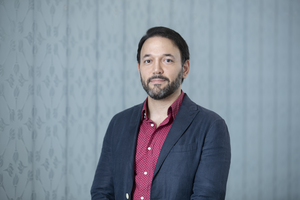 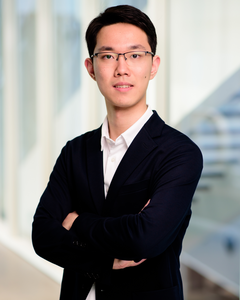