Lying at the center of the Balkan Peninsula, Kosovo harbors a diversity of ecosystems and conditions, which have favored processes leading to the existence of many endemic and rare species. In the past few years, several new species of aquatic insects have been discovered from the small Balkan country, making it unique in terms of biodiversity. Unfortunately, as elsewhere in the Balkans, many of these ecosystems have deteriorated heavily.

A team of scientists from Kosovo, led by Professor Halil Ibrahimi of the University of Prishtina, recently found a new species of aquatic insect, a caddisfly, from the Sharr Mountains in Kosovo, and named it Potamophylax humoinsapiens.

The species epithet humoinsapiens is a combination of two Latin words, “humo”, which in English means “to cover with soil, to bury,” and “insapiens,” meaning “unwise”. The researchers explain this name refers to the unwise and careless treatment of the habitats of the new species: hydropower plant, illegal logging and pollution have greatly degraded the area in the past years. “In some segments, whole parts of the Lepenc River are “buried” in large pipes,” they write in their study, which was published in the open-access Biodiversity Data Journal.

“The species name ‘humoinsapiens’ ironically sounds like Homo insapiens, and this new species is right in calling us unwise,” thinks Prof. Ibrahimi. “With its actions, humankind has caused the extinction of many species of insects and other organisms during the past decades and has degraded greatly all known ecosystems in the planet. The debate on questioning wise nature of humans is already ongoing.

In the past few years, Professor Halil Ibrahimi and his team have found several new species of aquatic insects from the Balkans, Middle East and North Africa. In an attempt to raise awareness for this group of vulnerable creatures, endangered greatly by human activities, the team of scientists has given their species unique names. One of their previous discoveries was named Potamophylax coronavirus in order to raise the attention to the silent and dangerous “pandemic” humans have caused in freshwater ecosystems in the Balkans.

“By combining classical taxonomy and modern molecular analysis techniques with the unique names, we are making insect species talk to our collective consciousness. It is in humankind’s capacity to earn the name Homo sapiens again,” the researchers conclude.

The study was financed by the Ministry of Education, Science, Technology and Information of the Republic of Kosovo and was conducted in the Laboratory of Zoology-Department of Biology of the University of Prishtina.

Homo sapiens or insapiens? A new insect species from Kosovo cries for help 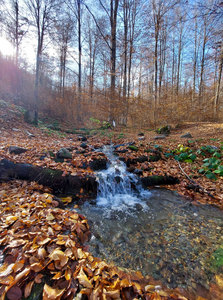 Type locality of the new species 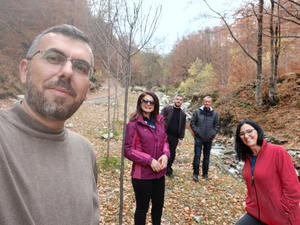 The team of researchers behind the study