Antarctica is a tough place to work, for obvious reasons— it’s bitterly cold, remote, and wild. However, it’s one of the best places in the world to hunt for meteorites. That’s partly because Antarctica is a desert, and its dry climate limits the degree of weathering the meteorites experience. On top of the dry conditions, the landscape is ideal for meteorite hunting: the black space rocks stand out clearly against snowy fields. Even when meteorites sink into the ice, the glaciers’ churning motion against the rock below helps re-expose the meteorites near the surface of the continent’s blue ice fields.

An international team of researchers who just got back from Antarctica can attest to the continent’s meteorite-hunter-friendliness: they returned with five new meteorites, including one that weighs 16.7 pounds (7.6 kg).

Maria Valdes, a research scientist at the Field Museum and the University of Chicago, estimates that of the roughly 45,000 meteorites retrieved from Antarctica over the past century, only about a hundred or so are this size or larger. “Size doesn’t necessarily matter when it comes to meteorites, and even tiny micrometeorites can be incredibly scientifically valuable,” says Valdes, “but of course, finding a big meteorite like this one is rare, and really exciting.”

Valdes was one of four scientists on the mission, led by Vinciane Debaille of the Université Libre de Bruxelles (FNRS-ULB); the research team was rounded out by Maria Schönbächler (ETH-Zurich) and Ryoga Maeda (VUB-ULB). The researchers were the first to explore potential new meteorite sites mapped using satellite imagery by Veronica Tollenaar, a thesis student in glaciology at the ULB.

“Going on an adventure exploring unknown areas is exciting,” says Debaille, “but we also had to deal with the fact that the reality on the ground is much more difficult than the beauty of satellite images.” Despite timing their trip for Antarctica’s summertime in late December, temperatures hovered around 14° F (-10° C). Valdes notes that some days during their trip, it was actually colder in Chicago than it was in Antarctica, but spending days riding snowmobiles and trekking through ice fields and then sleeping in a tent made the Antarctic weather feel more extreme.

The five meteorites recovered by the team will be analyzed at the Royal Belgian Institute of Natural Sciences; meanwhile, sediment potentially containing tiny micrometeorites was divided among the researchers for study at their institutions.

The team was guided by Manu Poudelet of the International Polar Guide Association and assisted by Alain Hubert. They were supported in part by the Belgian Science Policy. Valdes’s work is supported by the Field Museum’s Robert A. Pritzker Center for Meteoritics and Polar Studies, the TAWANI Foundation, and the Meeker family. 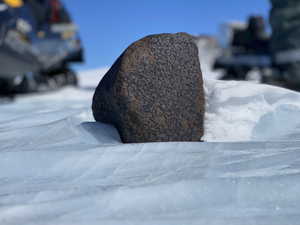 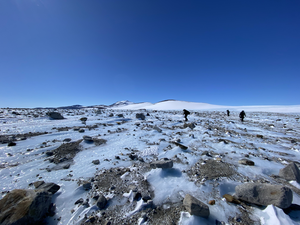 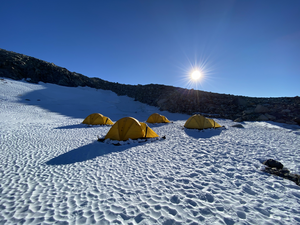 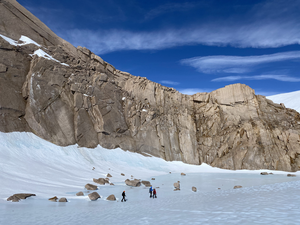 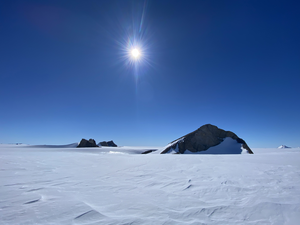