Contrary to popular stereotypes, young men today are likely to be selfless, socially engaged and health-conscious, according to a new study from the University of British Columbia and Intensions Consulting, a Vancouver-based market research firm.

The researchers surveyed 630 young men ages 15-29 in Western Canada and found that the most strongly endorsed masculine value is selflessness. Ninety-one per cent of the men agreed that a man should help other people, and 80 per cent believed that a man should give back to the community. Openness also ranked highly--88 per cent said a man should be open to new ideas, new experiences, and new people--and so did health, with a majority of participants saying that men should be healthy or in good shape.

"Young Canadian men seem to be holding masculine values that are distinctly different from those of previous generations. These values may run counter to long-standing claims that young men are typically hedonistic, hypercompetitive, and that they risk or neglect their health," said lead author John Oliffe, a nursing professor who leads the men's health research program at UBC.

Nick Black, managing partner at Intensions Consulting and a study co-author, believes many young Canadian men are expanding their definition of masculinity to include values like openness and well-being.

"As a millennial myself, I can see these values reflected in the lives of men around me," said Black. "They want to be both caring and strong, both open to others and self-sufficient, and they see no contradiction in these values."

Oliffe says more research is needed to include other age groups and geographical locations, but adds that the current results could be useful for designing more effective men's health-care programs.

"The life expectancy gap is closing between men and women, and I hope that additional gains are mustered through these emerging health-related values - and our continued work in men's health," said Oliffe.

The study included interviews with a small group as well as a broader online survey. It was published last week in Psychology of Men & Masculinity. To obtain a copy or schedule interviews with the researchers, contact lou.bosshart@ubc.ca. 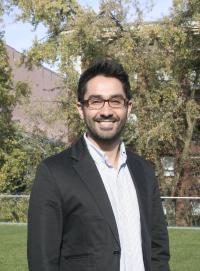