Millions of homes in rural areas of Far Eastern countries are heated by charcoal burned on small, hibachi-style portable grills. Scientists in Japan are now reporting development of an improved "biomass charcoal combustion heater" that they say could open a new era in sustainable and ultra-high efficiency home heating. Their study was published in ACS' Industrial & Engineering Chemistry Research, a bi-weekly journal.

In the study, Amit Suri, Masayuki Horio and colleagues note that about 67 percent of Japan is covered with forests, with that biomass the nation's most abundant renewable energy source. Wider use of biomass could tap that sustainable source of fuel and by their calculations cut annual carbon dioxide emissions by 4.46 million tons.

Using waste biomass charcoal, their heater recorded a thermal efficiency of 60-81 percent compared to an efficiency of 46-54 percent of current biomass stoves in Turkey and the U.S. "The charcoal combustion heater developed in the present work, with its fast startup, high efficiency, and possible automated control, would open a new era of massive but small-scale biomass utilization for a sustainable society," the authors say. - JS

Scientists in China are reporting development and testing of new self-sanitizing plaster with more powerful antibacterial effects than penicillin. The material could be used in wall coatings, paints, art works and other products. The study is in the current issue of ACS' Crystal Growth & Design, a bi-monthly journal.

Lab tests showed that the so-called "supramolecular" plaster has a "very broad" antibacterial spectrum, killing five types of disease-causing bacteria. When compared with penicillin, the plaster was more effective at controlling growth of four kinds of bacteria, including dangerous Staphylococcus aureus and Escherichia coli. "It can be expected that the supramolecular plaster can be used for building, painting, coating and carving, and the coat, brick, or art ware constructed by the plaster do not need additive antiseptic or sterilization," the authors say. - JS

Discarded electronic hardware, including bits and pieces that built the information superhighway, can be recycled into an additive that makes super-strong asphalt paving material for real highways, researchers in China are reporting in a new study. It is scheduled for the Feb. 1 issue of ACS' Environmental Science & Technology, a semi-monthly journal. They describe development of a new recycling process that can convert discarded electronic circuit boards into an asphalt "modifier." The material makes high-performance paving material asphalt that is cheaper, longer lasting, and more environmentally friendly than conventional asphalt, the scientists report.

In the new study, Zhenming Xu and colleagues note that millions of tons of electronic waste (e-waste) pile up each year. The printed circuit boards used in personal computers, cell phones, and other electronic gear, contain toxic metals such as lead and mercury and pose a difficult disposal problem. The boards also are difficult to recycle. Xu's group, however, realized that the boards, which provide mechanical support and connections for transistors and other electronic components, contain glass fibers and plastic resins that could strengthen asphalt paving.

Scientists in Arizona and New Jersey are reporting that aerogels, a super-lightweight solid sometimes called "frozen smoke," may serve as the ultimate sponge for capturing oil from wastewater and effectively soaking up environmental oil spills. Their study is in ACS' Industrial & Engineering Chemistry Research, a bi-weekly journal.

In the new study, Robert Pfeffer and colleagues point out that the environmental challenges of oil contamination go beyond widely publicized maritime oil spills like the Exxon Valdez incident. Experts estimate that each year people dump more than 200 million gallons of used oil into sewers, streams, and backyards, resulting in polluted wastewater that is difficult to treat. Although there are many different sorbent materials for removing used oil, such as activated carbon, they are often costly and inefficient. Hydrophobic silica aerogels are highly porous and absorbent material, and seemed like an excellent oil sponge.

The scientists packed a batch of tiny aerogel beads into a vertical column and exposed them to flowing water containing soybean oil to simulate the filtration process at a wastewater treatment plant. They showed that the aerogel beads absorbed up to 7 times their weight and removed oil from the wastewater at high efficiency, better than many conventional sorbent materials. - MTS

Although few consumers realize it, fruits, veggies, and other agricultural products marketed in the United States today are grown on farms that use less pesticide than 30 years ago, according to an article scheduled for the Feb. 16 issue of Chemical & Engineering News, ACS' weekly newsmagazine.

C&EN Senior Editor Stephen K. Ritter points out in the magazine's cover story that pesticide use has dropped in the U.S. due to more efficient pesticides and better agricultural practices. Pesticide use peaked at 1.46 billion pounds in 1979 and fell to 1.23 billion pounds in 2001 — the last year for which comprehensive data are available, according to the Environmental Protection Agency. Since then pesticide use has remained at those lower levels, the article states.

Several innovations are responsible for this decline in pesticide use, including better, more selective pesticides that can be applied at lower rates while having less impact on human health and the environment. Other factors include a farming practice called integrated pest management (IPM), which involves withholding the use of synthetic pesticides only until damage reaches a certain threshold. In addition, farmers also are using more so-called biopesticides. These natural substances, derived from plants, microorganisms, and insects, can combat noxious weeds, insects, and fungi with less harm to crops and the environment.

This story will be available on Feb. 16 at
http://pubs.acs.org/cen/coverstory/87/8707cover.html

Join the ACS satellite pressroom for daily news blasts on Twitter The American Chemical Society's Office of Public Affairs (OPA) new satellite press room has quickly become one of the most popular science news sites on Twitter with daily updates on the latest research from ACS' 34 peer-reviewed journals and other news, including links to compelling podcast series, information on the upcoming 237th National Meeting, and the latest recipients of ACS' national awards. To receive press room updates, create a free account at https://twitter.com/signup. Then visit http://twitter.com/ACSpressroom and click the 'join' button beneath the press room logo.

Don't miss this special series of ACS podcasts on some of the 21st Century's most daunting challenges, and how cutting-edge research in chemistry matters in the quest for solutions. This sweeping panorama of challenges includes topics such as providing a hungry, thirsty world with ample supplies of safe food and clean water; developing alternatives to petroleum to fuel the global economy; preserving the environment and assuring a sustainable future for our children; and improving human health. An ongoing saga of chemistry for life — chemistry that truly matters — Global Challenges will continue in 2009. Subscribe at iTunes [itpc://feeds.feedburner.com/GlobalChallenges] or listen and access other resources at the ACS web site www.acs.org/GlobalChallenges.

Bytesize Science is a science podcast for kids of all ages that aims to entertain as much as it educates, with some episodes available in Spanish. Subscribe to Bytesize Science using iTunes. No iTunes? No problem. Listen to the latest episodes of BytesizeScience in your web browser.

Science Elements: ACS Science News Podcast The ACS Office of Public Affairs is podcasting PressPac contents in order to make cutting-edge scientific discoveries from ACS journals available to a broad public audience at no charge. Subscribe to Science Elements using iTunes. Listen to the latest episodes of Science Elements in your web browser.

The American Chemical Society — the world's largest scientific society — is a nonprofit organization chartered by the U.S. Congress and a global leader in providing access to chemistry-related research through its multiple databases, peer-reviewed journals and scientific conferences. Its main offices are in Washington, D.C., and Columbus, Ohio. 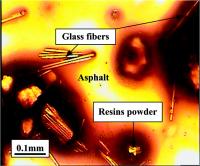 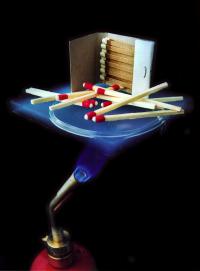