WASHINGTON -- Macrophages, a type of white blood cell involved in inflammation, readily take up a newly approved medication for Duchenne muscular dystrophy (DMD) and promote its sustained delivery to regenerating muscle fibers long after the drug has disappeared from circulation, an experimental model study led by Children's National Health System researchers finds. The study, published online Oct. 16, 2017 in Nature Communications, details the cellular mechanisms of morpholino antisense drug delivery to muscles, improving understanding of how these medicines target muscle tissue and suggesting an avenue to improve treatments for DMD, a devastating disease that currently has no cure.

Duchenne is the most common and severe form of muscular dystrophy and affects about 1 in 5,000 boys worldwide. The disease is caused by mutations in the X-linked DMD gene. DMD is characterized by significant muscle degeneration, regeneration, heightened inflammation and fibrosis, leading to progressive muscle weakness and loss, explains study co-leader James S. Novak, Ph.D., a principal investigator in Children's Center for Genetic Medicine Research. Mutations in the DMD gene lead to a lack of functional dystrophin, a protein critical to maintaining structural support in healthy muscle. Most boys with DMD lose the ability to walk by their teens; life expectancy for people with this disease rarely extends past the early 30s.

Until recently, the only pharmaceutical therapies for DMD targeted the symptoms, rather than its root genetic cause. However, in September 2016 the Food and Drug Administration approved the first exon-skipping medicine for DMD to restore dystrophin protein expression in muscle. Eteplirsen, an antisense phosphorodiamidate morpholino oligomer, has shown significant promise in preclinical studies, but clinical trial results have shown variable and sporadic dystrophin production in the muscles of people who receive it.

Because the medication vanishes from the blood circulation within hours after administration, Children's research efforts have focused on the mechanism of delivery to muscle and on ways to increase its cellular uptake--and, by extension, its effectiveness. However, researchers understand little about how this medication actually gets delivered to muscle fibers or how the disease pathology impacts this process, knowledge that could offer new ways of boosting both its delivery and effectiveness, says Terence Partridge, Ph.D., study co-leader and principal investigator in Children's Center for Genetic Medicine Research.

To investigate this question, Novak, Partridge and colleagues used an experimental model of DMD that carries a version of the faulty DMD gene that, like its human counterparts, destroys dystrophin expression. To track the route of the phosphorodiamidate morpholino oligomer (PMO) into muscle fibers, they labeled it with a fluorescent tag. The medicine traveled to the muscle but only localized to patches of regenerating muscle where it accumulated within the infiltrating macrophages, immune cells involved in the inflammatory response that accompanies this process. While PMO is rapidly cleared from the blood, the medication remained in these immune cells for up to one week and later entered muscle stem cells, allowing direct transport into regenerating muscle fibers. By co-administering the PMO with a traceable DNA nucleotide analog, the research team was able to define the stage during the regeneration process that promotes heightened uptake by muscle stem cells and efficient dystrophin expression in muscle fibers.

"These macrophages appear to extend the period of availability of this medication to the satellite cells and muscle fibers at these sites," Partridge explains. "Since the macrophages are acting as long-term storage reservoirs for prolonged delivery to muscle fibers, they could possibly represent new therapeutic targets for improving the uptake and delivery of this medicine to muscle."

Future research for this group will focus on testing whether macrophages might be used as efficient delivery vectors to transport eteplirsen to the muscle, which would avert the rapid clearance currently associated with intravenous delivery.

"Understanding exactly how different classes of exon-skipping drugs are delivered to muscle could open entirely new possibilities for improving future therapeutics and enhancing the clinical benefit for patients," Novak adds. 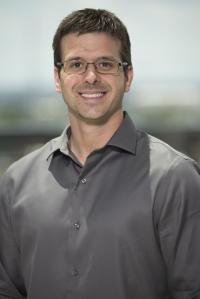