Cancer patients could be spared unnecessary chemotherapy - and its side effects - by a new blood test that is in clinical trials at more than 40 hospitals in Australia and New Zealand.

The trials, led by Melbourne researchers, are investigating whether patients can be assessed after cancer surgery using a simple blood test to determine whether they need chemotherapy or not. Results from the same test could also help to scale the dose for the patients who do need chemotherapy, depending on their risk of cancer returning. Currently many early stage cancer patients who have surgical treatment also receive chemotherapy as a precaution because there is no reliable way to know which patients will have their cancer return after surgery.

In many cases, patients are receiving unnecessary chemotherapy, said the trial lead, Associate Professor Jeanne Tie, who is a clinician scientist at the Walter and Eliza Hall Institute and a medical oncologist at the Peter MacCallum Cancer Centre and Western Health.

"While chemotherapy is an essential, life-saving treatment, we don't want patients receiving it if they don't need it. We want to help these patients avoid serious and ongoing side-effects associated with chemotherapy," she said.

Associate Professor Tie said the trials would test whether the 'circulating tumour DNA (ctDNA) test' could reliably indicate to an oncologist whether or not a patient needed to start chemotherapy after their cancer had been surgically removed, to give the best chance of preventing recurrence.

In the short term, people who are receiving chemotherapy may experience a range of side-effects including pain, fatigue, nausea and other digestive issues, bleeding problems and an increased susceptibility to infection. Long term side-effects of chemotherapy may include heart, lung, nerve and memory problems, and fertility issues.

The ctDNA test looks for fragments of tumour DNA in a patient's blood after the tumour has been surgically removed. The trial is determining whether the amount of ctDNA in a patient's blood indicates their risk of relapse - patients at the highest risk can be treated aggressively with chemotherapy, while patients with no detectable ctDNA in their blood are at low risk of cancer recurrence and may not need chemotherapy. The ctDNA blood test was developed through a collaboration between the Walter and Eliza Hall Institute and Johns Hopkins Kimmel Cancer Centre, US.

The trial began in early stage bowel cancer patients in 2015 and has already shown it can determine whether these patients can be divided into 'high risk' and 'low risk' groups. The trial was extended to women with ovarian cancer in 2017.

The ovarian cancer arm of the trial is led by Walter and Eliza Hall Institute clinician-researcher Associate Professor Sumi Ananda, who is also medical oncologist at the Peter MacCallum Cancer Centre and Western Health.

"We suspect that many women with early stage ovarian cancer can be treated with surgery alone, but we currently treat all these patients as though their cancer may recur, with high dose chemotherapy," she said.

"Undergoing chemotherapy is a huge imposition on a patient's life, both because of the side effects patients have to endure, as well as the time the treatment takes. Many of my patients have to stop working, and postpone important parts of their life such as travel, so they can attend their chemotherapy sessions and manage the side effects of the treatment."

"In the future I hope that we can safely and accurately determine which patients can avoid chemotherapy - for these people it will be a huge improvement on their quality of life. I also hope that by identifying patients with the highest risk of recurrence, we can give them intensive chemotherapy to give them the best chance of survival. This test could be an important step towards personalising cancer treatment for individual patients," Associate Professor Ananda said.

"The test indicated that my cancer was unlikely to recur, meaning I didn't need to have chemotherapy," he said. "Avoiding the potential side-effects and inconvenience of chemotherapy was a huge relief - it meant I could get back to work quickly and continue to enjoy travel and social events. This test could potentially be enormously beneficial not only for patients and their doctors, but also for their family, friends, and carers."

More than 400 patients have already joined in the trials of the ctDNA test (DYNAMIC), but the lead researchers hope to recruit 2000 participants. More than 40 hospitals across all states in Australia and in New Zealand are participating in the trial, making it one of the largest trials in Australia and internationally to investigate a predictive blood test to guide cancer treatment. The trials are expected to run until 2021 for bowel cancer and 2019 for ovarian cancer.

The Walter and Eliza Hall Institute, the Peter MacCallum Cancer Centre, and Western Health are partners in the Victorian Comprehensive Cancer Centre alliance. 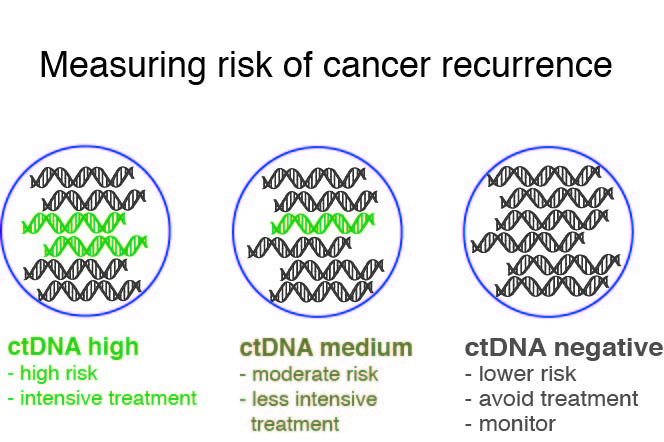 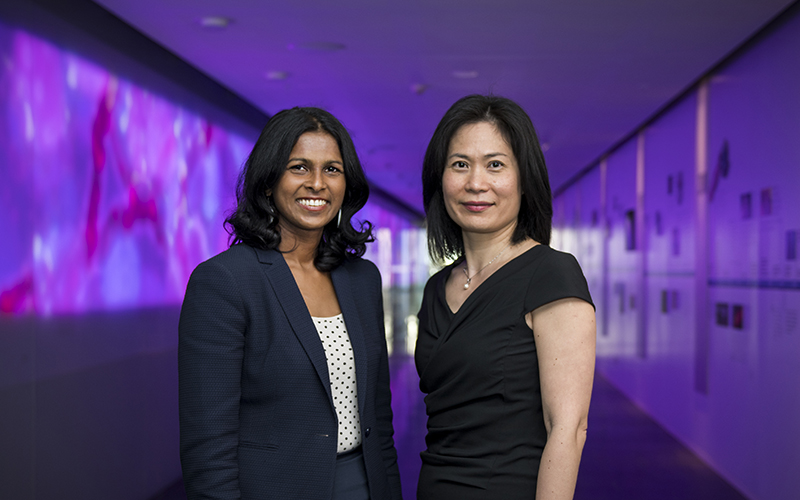