Researchers who uncovered a male skeleton in an Ethiopian cave have reported one of the first successful cases of sequencing the full genome of an ancient African, and their results make it clear that current African populations harbor significantly more Eurasian ancestry than previously thought, reshaping the way we interpret human history. Critically, the age of the skeleton they uncovered predates known gene flow events from Eurasia into Africa, offering new insights into the source of this gene flow and its extent throughout the African continent. Samples of ancient African DNA are critical for reconstructing the evolutionary history of modern day humans since they provide a baseline that defines other events; however, DNA in this region is not preserved as well compared to other, colder regions. Previously, the lack of sufficient ancient African DNA has forced scientists interested in understanding gene flow in Africa to rely on contemporary African populations, but a number of historic events, in particular a genetic backflow from West Eurasia into Eastern Africa roughly 3,000 years ago, act as confounding factors. Now, the new, full genome, derived from the bone of a man found in Mota Cave in the southern Ethiopian highlands who lived roughly 4,500 years ago, provides better insights into human history. Genetic analysis of DNA from part of the skeleton's temporal bone places the man, nicknamed Mota, close to the Ari, a contemporary Ethiopian population. Using Mota as the new baseline for genetic diversity in Africa, Marcos Gallego Llorente et al. reveal that the Eurasian backflow 3,000 years ago came from the same genetic source that fueled the Neolithic expansion into Europe from the Near East, suggesting that the direct descendants of the farmers that brought agriculture into Europe may have also contributed new forms of food production in the Horn of Africa. Having an African genome without the Eurasian component also allowed the authors to investigate the precise amount of Eurasian backflow; they estimate it was much higher and more widespread than previously thought, with an additional 4 to 7% of African genomes tracing back to a Eurasian source, and with Eurasian backflow reaching all the way to Central, West and Southern Africa, affecting even populations thought not to have experienced much genetic admixture. These new findings are providing a better understanding of the evolutionary history of modern humans. 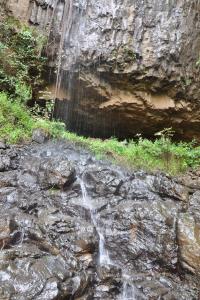 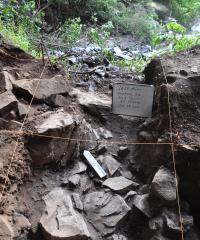