Susanne Hellmuth and Olaf Stemmann from the Chair of Genetics at the University of Bayreuth have discovered a natural protective mechanism that leads to the programmed death of potentially diseased cells. It protects from cancer that can develop as a result of irregular distribution of genetic information to daughter cells. The enzyme separase plays a central role in these processes. The findings published in "Nature" offer promising approaches for cancer therapy.

With this study, the Bayreuth researchers are following up on their contribution to the regulation of separase recently published in "Nature". The strict regulation of this enzyme during cell division is a prerequisite for healthy daughter cells to develop. If the separase is activated too early, there is a risk of cellular transformation into malignant cancer cells.

Re-purposed proteins cause the death of diseased cells

In their follow-up study, the Bayreuth geneticists have now discovered a previously unknown protective mechanism of the cell. It is the separase itself that prevents the threatening consequences of its premature activity: it induces the dividing cell to undergo suicide, a process known as apoptosis. This happens because the separase re-purposes two proteins that usually have the task of counteracting apoptosis. These are the proteins MCL1 and BCL-XL. In a healthy cell they prevent the protein BAK from causing the cell to die. Yet, when separase becomes active too early, it cuts these two proteins. As a result, they can no longer fulfil their cell-protecting function and BAK is free to induce apoptosis. Moreover, separase-dependent processing transforms MCL1 and BCL-XL from anti-apoptotic factors into pro-apoptotic protein fragments. In other words, guardians who are supposed to keep the cell alive become agents of death.

Based on these findings, Hellmuth and Stemmann have discovered another important mechanism in the process of cell division. It ensures that the separase spares healthy cells and actually only attacks the proteins MCL1 and BCL-XL in the case of an imminent pathological cell development.

The separase is prepared for this attack as soon as the two proteins have been modified by phosphate groups. The enzyme NEK2A is responsible for this labelling, or phosphorylation, of the proteins. The point is that NEK2A is degraded relatively early in the course of cell development. Before the cell begins to divide, the enzyme has disappeared - provided that the spindle assembly checkpoint is functional and can ensure that cell division proceeds in orderly manner. In this case, the separase fulfils its functions at the right time, without being able to identify and attack the no longer phosphorylated MCL1 and BCL-XL. However, if the spindle assembly checkpoint is defective, the process of cell division is accelerated: And while NEK2A is still present in the cell, the separase becomes active. Now it recognizes the two proteins, and apoptosis is initiated immediately.

Hellmuth and Stemmann refer to this interaction of the two enzymes they have discovered as the "Minimal Duration of Early Mitosis Checkpoint", or "DMC" for short. It is an emergency mechanism that comes into effect as soon as a defective spindle assembly checkpoint causes chromosome mis-segregation associated with the risk of carcinogenesis.

A new approach to cancer therapy

The research results published in "Nature" offer several starting points for new cancer therapies. For example, it has been appreciated for quite some time that MCL1 and BCL-XL are often highly over-produced in cancer cells. In these cases, however, the two proteins protect the wrong cells. They prevent cancer cells from apoptosis, which would have to be induced by proteins such as BAK. "Therefore, a promising approach in the fight against cancer could now be to encourage separase-dependent transformation of MCL1 and BCL-XL into pro-apoptotic factors because this would be especially harmful to diseased cells. We intend to continue pursuing this approach with various research groups in the future, for example from clinical oncology and drug development. It is possible that this approach will enable us to selectively destroy cancer cells with the very proteins that are used by healthy cells for their own self-protection," says Stemmann.

A cellular mechanism protecting against cancer 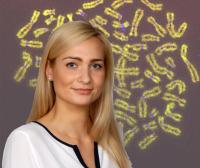