Recruiting minorities and poor people to participate in medical research always has been challenging, and that may not change as researchers turn to the internet to find study participants and engage with them online, new research suggests. A study led by researchers at Washington University School of Medicine in St. Louis concludes that unless explicit efforts are made to increase engagement among under-represented groups, current health-care disparities may persist.

In a study of 967 people taking part in genetic research, the investigators found that getting those individuals to go online to get follow-up information was difficult, particularly if study subjects didn't have high school educations, had incomes below the poverty line or were African-American.

The new findings are available online July 28 in the journal Genetics in Medicine.

"We don't know what the barriers are," said first author Sarah M. Hartz, MD, PhD. "We don't know whether some people don't have easy access to the internet or whether there are other factors, but this is not good news as more and more research studies move online because many of the same groups that have been under-represented in past medical research would still be missed going forward."

Hartz and her colleagues offered participants detailed information about their ancestry as part of genetic research to understand DNA variations linked to smoking behavior and nicotine addiction. Some 64 percent of the people in the study answered a survey question stating that they were either "very interested" or "extremely interested" in that information, but despite repeated attempts to get the subjects to view those results online, only 16 percent actually did.

The numbers fell to 10 percent or lower among people with low incomes and no high school diplomas, as well as among study subjects who were African-American. Such groups traditionally have been under-represented in medical research studies.

"This is particularly relevant now because of President Obama's Precision Medicine Initiative," said Hartz, an assistant professor of psychiatry.

"Our results suggest that getting people to participate in such online registries is going to be a challenge, particularly if they live below the poverty line, don't have high school diplomas or are African-American," Hartz said.

Because 84 percent of American adults now use the internet and 68 percent own smartphones, some researchers have believed that traditional barriers to study recruitment -- such as income, education and race -- would be less important in the internet age.

In the Precision Medicine Initiative, researchers plan to collect information about diet, exercise, drinking and other behaviors, as well as about environmental risk factors, such as pollution. The study will allow participants to sign up by computer or smartphone, and recruitment aims to match the racial, ethnic and socioeconomic diversity of the United States. The idea is to make it as easy as possible to enroll, but Hartz's findings suggest signing up on the internet won't eliminate every barrier.

As part of the Washington University study, the smokers who participated were given the opportunity to have their DNA analyzed by 23andMe, a personalized genetics company. The participants were able to receive reports detailing where their ancestors came from, based on 32 reference populations from around the world. That information was available through a secure, password-protected online account set up and registered by the individual through the 23andMe website.

Each subject received an e-mail from the researchers with instructions on how to log on to the 23andMe website and retrieve the information. After a few weeks, the researchers sent another e-mail to those who did not log on. Then, the researchers made phone calls, and, if the subjects still didn't log onto the site, they were sent a letter in the mail.

"Our assumption that the internet and smartphone access have equalized participation in medical research studies doesn't appear to be true," Hartz said. "Now is the time to figure out what to do about it and how to fix it, before we get too far along in the Precision Medicine Initiative, only to learn that we're leaving some under-represented groups of people behind."

Use of Internet in medical research may hinder recruitment of minorities, poor 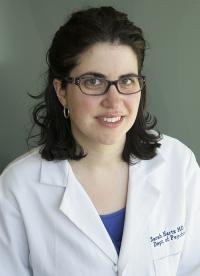 Internet Research Not Reaching Everyone