SAN ANTONIO (Jan. 8, 2014) — A researcher in the School of Medicine at The University of Texas Health Science Center at San Antonio received a U.S. patent Dec. 31 for his discovery that a class of compounds is protective against traumatic brain injury (TBI). The patent, No. 8,618,074, covers novel methods of preventing or treating neuronal damage, and work is continuing on development of potential therapies for TBI based on this invention.

James D. Lechleiter, Ph.D., professor of cellular and structural biology at the Health Science Center, reported the findings in cell and animal models in peer-reviewed journals. Studies yet to be published extend the results to human brain tissue obtained from patients who underwent temporal lobectomies to curb treatment-resistant epilepsy. Dr. Lechleiter filed the patent application in 2007 and worked closely with the Health Science Center's Office of Technology Transfer and Commercialization (OTTC). "OTTC was invaluable in shepherding my application through the patenting process," Dr. Lechleiter said. "They really championed the patent at critical junctures."

He found that two compounds stimulate the ability of the brain's caretaker cells (called astrocytes) to do their job. The compounds, called 2-methylthio-ADP and MRS2365, are among a class of compounds called purinergic receptor ligands. "Normally people want to block things to stop injury," Dr. Lechleiter said. "We're saying let's stimulate the natural caretakers of the brain, part of whose job is to help control edema." Edema is swelling that compresses brain tissue and neurons while increasing pressure inside the skull.

Dr. Lechleiter and Murat Digicaylioglu, M.D., Ph.D., associate professor of neurosurgery in the School of Medicine, published a study showing that, after an injury to the mouse brain, treatment of the astrocyte cells with 2-methylthio-ADP and MRS2365 significantly reduced the edema. "With this treatment, astrocytes themselves, as well as neurons, live longer," Dr. Lechleiter said. "It is hoped these preliminary studies will soon lead to a new class of safe and effective drugs that can be administered if a traumatic brain injury, even a mild one, is suspected to have occurred."

External signs and symptoms of TBI are not always present or can go unnoticed in stressful situations such as war, car accidents or many sport-related injuries. Because the skull is a defined space, there is no place to expand. Edema pushes the brain aside, placing pressure on the neurons and tissues.

"Undiagnosed traumatic brain injuries are time bombs," Dr. Lechleiter said. "This injury continues in the brain. Sometimes, people do not recognize or admit that they are having problems. Others may not understand why they are having problems and what their problems are, which can make them nervous and upset. In the case of soldiers wounded in war, the trauma happens in Afghanistan, but you carry it home."

Support for this research program is from the National Institute on Aging. Dr. Lechleiter is now working with the Center for Innovation in Drug Discovery, a joint center of the Health Science Center and The University of Texas at San Antonio, to refine and further develop robust purinergic receptor-based medications for people with TBI.

Once the significant pre-clinical studies that need to be done are completed, promising drugs that stimulate this caretaker pathway will then be entered into Phase I clinical trials to begin the process of evaluating their therapeutic potential and safety in people. Most often, this phase of development is done in partnership with the pharmaceutical industry or is spun out into a start-up company, and OTTC is working with Dr. Lechleiter to identify the best next step.

"This invention is part of our ongoing basic and translational research," Dr. Lechleiter said. "Our most recent results indicate that purinergic ligand treatment of TBI also eliminates the long-term neurological deficits typically associated with repetitive head injuries. We're very excited about the clinical impact of these findings and hope this success leads to new drug therapies for people with multiple brain injuries."

The University of Texas Health Science Center at San Antonio, one of the country's leading health sciences universities, ranks in the top 3 percent of all institutions worldwide receiving National Institutes of Health funding. The university's schools of medicine, nursing, dentistry, health professions and graduate biomedical sciences have produced more than 29,000 graduates. The $765 million operating budget supports eight campuses in San Antonio, Laredo, Harlingen and Edinburg. For more information on the many ways "We make lives better®," visit http://www.uthscsa.edu. 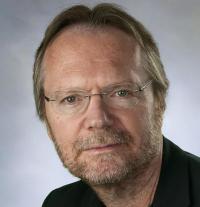 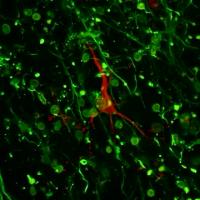 Neurons and Astrocytes in Rotation