The plants on the highest mountain in Ecuador have migrated more than 500 meters to higher altitudes during the last two centuries. This is determined in a new study, in which Aarhus University researchers compared Humboldt's data from 1802 with current conditions.

Although most of the world's species diversity is found in tropical areas, there are very few studies that have examined whether tropical mountain species are affected by climate change to the same extent as temperate species. A new study has now determined that major changes have taken place during the last two centuries.

By comparing the migration of plant communities on the Chimborazo volcano in Ecuador with historical data from 1802, Aarhus University researchers found an average upslope shift of more than 500 meters. The entire vegetation boundary has moved upwards from 4,600 meters to almost 5,200 meters. The main explanation for this dramatic shift is climate change over the last 210 years.

The German scientist Alexander von Humboldt traveled to South and Central America around the 1800s to map the distribution of plants and to explore what determines the different vegetation boundaries. He collected plants over a period of many years, and his collections led to a better understanding of the link between climate and species' distributions, which he described in several works. One of his most noteworthy works was the Physical Tableau, a cross-section of the Chimborazo inscribed with the names of the plants he found on the mountainside.

"Humboldt's Tableau and the accompanying descriptions make up the oldest known data set in the world of vegetation along elevation gradients. It provided us with a unique opportunity to study how plant distributions have changed in the tropics during the last two centuries," says Professor Jens-Christian Svenning, Department of Bioscience, Aarhus University, who is one of the authors of the study.

In summer 2012, the team of researchers followed in Humboldt's footsteps to Chimborazo to map the current distribution of the plants. The fieldwork was carried out at an altitude of up to 5,200 meters.

"Right up at 5,185 meters, we found the last trace of vegetation. A defiant little plant belonging to the sunflower family and half covered in snow - in full flower in spite of the cold conditions, the thin air, and the harsh wind," says Naia Morueta-Holme, the lead author of the study. The fieldwork was carried out in connection with her PhD studies at the Department of Bioscience, Aarhus University.

By comparing the two data sets, it became clear that not only the vegetation growth limit has moved, but also the vegetation zones defined by Humboldt. The individual plant species are now found more than 500 meters upslope than they were 210 years ago. These changes in the vegetation are more than expected as a result of today's warmer climate.

Other studies show that there is now less precipitation in the area, which has also contributed to the significant shrinkage of the glaciers covering the top of the volcano. In addition, the lower parts of the volcano have been intensively cultivated, and a number of species that were previously only found in the lowland near agricultural areas have been introduced by humans.

A combination of human-induced climate change and the direct impact on the plant communities via cultivation of the landscape around the volcano helps explain the large-scale vegetation shift - more than has been experienced in other regions outside the tropics.

Provides insight into the future

The study shows how historical data sets can be used to demonstrate the way nature is already shifting in response to global and local environmental change. This provides insight into what to expect in the future, when climate change is forecast to be even more severe than witnessed in the last two centuries.

"Even though the plants have kept up on average until now, we see many individual species that are lagging behind, while others - especially common species that are good at spreading and living under many different conditions - are moving upslope. We can thus expect even more drastic changes in the vegetation in the future, and there are concerns about how the rare and specialized species will survive - particularly in the tropics, where most of them grow," explains Naia Morueta-Holme.

The results of the study can be used for purposes such as nature conservation by giving high priority to efforts to minimize the direct impact of landscape cultivation.

The study is featured in the scientific journal Proceedings of the National Academy of Sciences USA on 14 September 2015.

Upslope migration of tropical plants due to climate change 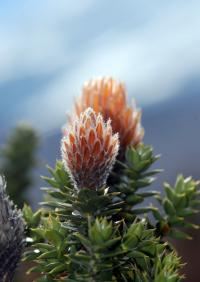 Flower of the Andes 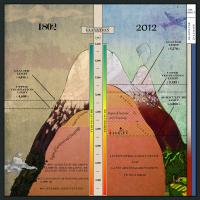