Influential economic ideas first advanced in 1911 — stressing innovation and entrepreneurialism as the fundamental generators of growth and wealth — were deemed inappropriate for developing countries, stunting progress in many parts of the world throughout the 20th century, says a distinguished Harvard academic.

In a newly-published paper, Calestous Juma of the Harvard Kennedy School's Belfer Centre for Science and International Affairs calls on emerging economy countries and development agencies to revisit and adopt ideas rejected in the 1950s by "pessimistic" architects of early international development policies and institutions.

Prof. Juma's paper examines the impact of Joseph Schumpeter, an Austrian-born Harvard scholar ranked among the world's most influential economists, whose 1911 book, The Theory of Economic Development, advanced the notion that innovation and individual entrepreneurship are the dynamic foundations of a nation's economic evolution, that "creative destruction" and the renewal of tools and processes within an economy continuously refreshes the system and results in rising prosperity.

His then ground-breaking ideas inspired innovation-led economic policies in industrialized countries but were dismissed as irrelevant to developing countries as policies and programs took shape within fledgling institutions in the 1950s such as the United Nations, World Bank and International Monetary Fund.

According to Prof. Juma, "pessimism" prevailed in early development economics, resulting in an emphasis on "the use of basic or 'appropriate technologies,' central planning, role of bureaucracies as sources of economic stability, and food aid" for developing nations, rather than innovation, entrepreneurship and industrial development.

Appearing in a new journal, Policy and Complex Systems, Prof. Juma notes that after a decade of debate the architects of development economics rejected innovation-oriented policies and adopted "static, linear, and incremental view of economic change" for the newly independent countries.

To quote US central banker Henry Wallich, one leading economic thinker of 1952: "In applying this (Schumpeter's) doctrine to the less developed countries of our day, we find that it does not fit."

Said Mr. Wallich, in less developed countries the entrepreneur "is not the main driving force, innovation is not the most characteristic process, and private enrichment is not the dominant goal." He advocated the idea of "derived development" — i.e. derived from innovation in other countries.

Says Prof. Juma: "This view would lock emerging countries at the tail end of the product cycle, making them perpetual importers of foreign products with no capacity for technological learning."

"Technical fields such as science, technology, and engineering were largely considered irrelevant to emerging countries except in limited areas where they supported assimilation of imported products or inevitable areas of adaptive research such as plant breeding. Even more critical was the low priority given to higher education in general and higher technical education in particular."

He adds: "For poor countries seeking to catch up economically, innovation-led growth provided a more intuitive path. The policies recommended for them, however, were tedious, hobbling and demoralizing." Asian nations such as South Korea and Singapore that ignored the pessimists successfully adopted innovation-driven economic strategies.  Today, he notes, "researchers and policymakers are now reshaping development policies in the context of innovation."

"Schumpeter laid out the foundations for understanding how economies change over time," says Prof. Juma. "That was a century ago. Several enduring themes of his theory remain valid today and should be part of the core of the policies of emerging nations."

Prof. Juma's paper is drawn from a book with the tentative title, How Economies Succeed: Innovation and the Wealth of Nations, publication of which is anticipated in 2016. His next book, Innovation and Its Enemies: Resistance to New Technology, is expected in 2015.

He is also preparing for release in 2015 an updated edition of his influential book, The New Harvest in which he proposes a route by which Africa could feed itself within a generation -- a clear prescription of innovative approaches for placing agriculture at the center of sub-Saharan Africa's economic transformation.

Kenya-born Dr. Juma is Professor of the Practice of International Development and Faculty Chair of the Innovation for Economic Development Executive Program at Harvard Kennedy School. He and recently co-chaired the High-Level Panel on Science, Technology and Innovation of the African Union (http://bit.ly/PNOXcG). 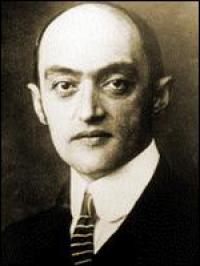