In a study conducted at the University of Helsinki, researchers found a cause for severe epilepsy resulting in death in Parson Russell Terrier puppies at a few months of age. A change in the PITRM1 gene can lead to a dysfunction of mitochondria, the cellular energy pumps. Concurrently, amyloid-&#946; accumulation and widespread neurodegeneration associated with Alzheimer's disease were identified in the puppies' brains. Changes to the PITRM1 gene in humans also cause a severe but slowly progressing brain disease.

A novel system of chilled panels that can replace air conditioning can also help reduce the risk of indoor disease transmission, suggests new analysis from the University of British Columbia, University of Pennsylvania and Princeton University.

The worldwide adoption of biotechnologies to improve crop production has stalled, putting global food security at risk, according to an international team of researchers led by the University of Birmingham.

Carleton University's Marie Curie Global Fellow Dominique Roche has co-authored a paper on the barriers researchers face to publicly sharing their data, an issue that has gained prominence during the COVID-19 pandemic. The article, Reported Individual Costs and Benefits of Sharing Open Data among Canadian Academic Faculty in Ecology and Evolution, was published in the journal BioScience.

The Northwest Atlantic Shelf is one of the fastest-changing regions in the global ocean, and is currently experiencing marine heat waves, altered fisheries and a surge in sea level rise along the North American east coast. A new paper authored by experts at the University of Rhode Island and published in Communications Earth & Environment reveals the causes, potential predictability and historical context for these types of rapid changes.

Woods Hole Oceanographic Institution (WHOI) and Analog Devices, Inc. (Nasdaq: ADI) today launched the Ocean and Climate Innovation Accelerator (OCIA) consortium. ADI has committed $3 million over three years towards the consortium which will focus on advancing knowledge of the ocean's critical role in combatting climate change as well as developing new solutions at the intersection of oceans and climate. 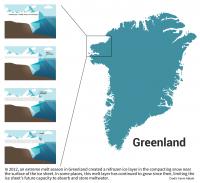 Researchers have deciphered a trove of data that shows one season of extreme melt can reduce the Greenland Ice Sheet's capacity to store future meltwater - and increase the likelihood of future melt raising sea levels.

Atlantic bluefin tuna have returned to UK waters and can once again be seen during the summer and autumn months. 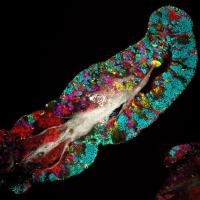 The downward trajectory of plant and animal diversity constitutes a key issue of the Anthropocene. Whether diversity is changing also in the world of microbes is unknown, however -- a "profound ignorance" -- because the importance of these microorganisms maintain Earth's habitability. A paper published today frames the rate of change of microbial biodiversity as an important question on which progress is possible.

In a world in which biodiversity is increasingly under threat, and nature itself under siege, the role of human activities in driving ecosystem change has never more been apparent. But is all human activity bad for ecosystems? An international team of researchers suggests not.