As a boom of hydroelectric dams in the tropics is underway, it's important to fully assess the true economic benefits, which are often overstated, and the far-reaching effects on biodiversity and fisheries, which are often underestimated, authors of this Policy Forum say. While Kirk Winemiller et al. acknowledge that these projects address important energy needs, they cite numerous ways in which the true costs of hydrodams are not taken into account, particularly in ecologically-rich areas such as the tropics. The Amazon, Congo, and Mekong Basins have experienced little hydropower development to date but more than 450 additional dams are planned for these three rivers, and recent research demonstrates that dam site selection matters greatly for conserving biodiversity in these river basins. Yet, some tropical developing countries lack protocols guiding construction of hydroelectric dams, and many countries exempt small dams from any formal decision-making process. For example, in Brazil, Belo Monte may set a record for biodiversity loss due to selection of a site that harbors an exceptional number of species exclusive to that area. The authors also highlight an example from Thailand, where 88 dams are projected to cause a 19 to 63% expansion of agricultural land to offset the impact of the dams on local fisheries, noting that rural communities along the upper Mekong may face similar challenges if six dams are built as planned. Without more careful assessment and planning, negative ecological, social, and even monetary impacts will accompany construction of new hydropower in the world's tropical rivers, the authors conclude.

Paying for hydro energy with tropical biodiversity and fisheries 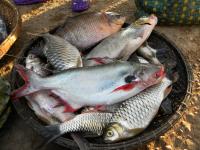 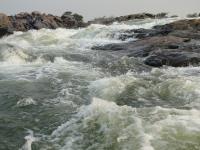