The goal of the 8th Heidelberg Laureate Forum (HLF) was evident: provide a digital platform with dynamic material where effective interaction can take place. From September 20–23, that exciting transition from theory to practice unfolded in Heidelberg.

Megamusicals have often been criticised in the academic world and in the media for their homogenizing tendencies, but increasing academic attention on them is providing us with new insights. In her inaugural lecture at the University of Amsterdam, professor by special appointment of the Musical Millie Taylor will outline the impact of megamusicals on local and national theatres, cities and regions. She will describe how the networks and ecosystems created by megamusicals make many innovations possible. The lecture will take place on Friday, 15 October. Taylor is the first professor in the Netherlands in the specific field of the musical. Her chair was established by the VandenEnde Foundation, in collaboration with the Amsterdam University Fund.

Meeting
2021 Fall Meeting of the APS Division of Nuclear Physics 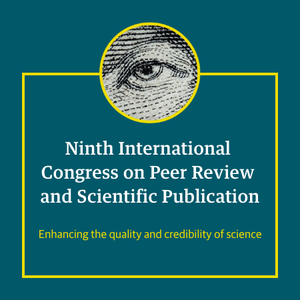 The Ninth Peer Review Congress will be held in Chicago, September 8-10, 2022

The Child Mind Institute will virtually host its annual On the Shoulders of Giants Scientific Symposium celebrating scientific achievements in child and adolescent psychiatry, psychology, and developmental neuroscience on Tuesday, October 5th from 5 – 8p.m. EST. The symposium will also include a powerful roundtable discussion and will honor a number of high school students from across the U.S. during the 10th Annual Rising Scientist Awards. Register today!

The decline of biodiversity is one of the greatest societal challenges of the 21st century. This is why “Biodiversity and the Future of Diversity” was chosen as the topic of this year’s Annual Assembly of the German National Academy of Sciences Leopoldina, which is being held in Halle (Saale) on Friday, 24 September, and Saturday, 25 September. Researchers are coming together for two days to discuss why biodiversity must be preserved and promoted and how this can be achieved. Anja Karliczek, the German Federal Minister of Education and Research, and Dr. Reiner Haseloff, Minister-President of the State of Saxony-Anhalt, gave opening remarks in the morning. All Annual Assembly sessions are being livestreamed.

The American College of Cardiology will host the ACC Quality Summit Virtual, Sept. 29 – Oct. 1, 2021. The conference is designed to enhance the knowledge and competency of the entire care team—from clinicians and administrators to quality improvement professionals—to enable them to effectively translate data and quality programs into achieving quality care in their hospitals and health systems.

Engineering researchers have developed a method to use signals broadcast by Starlink internet service satellites to accurately locate a position here on Earth, much like GPS does. It is the first time the Starlink system has been harnessed by researchers outside SpaceX for navigation.

This study shows that thanks to deep learning analysis applied to digitized pathology slides, artificial intelligence can classify patients with localized breast cancer between high risk and low risk of metastatic relapse in the next five years . This AI could thus become an aid to therapeutic decision making and avoid unnecessary chemotherapy and its impact on personal, professional and social lives for low risk women. This is one of the first proofs of concept illustrating the power of an AI model for identifying parameters associated with relapse that the human brain could not detect.

Europe’s main applied neuroscience conference, the European College of Neuropsychopharmacology (ECNP) conference, takes place in Lisbon (and online) from 2nd to 5th October 2021. Over a thousand abstracts will cover a wide range of new work in psychiatry and neuroscience.