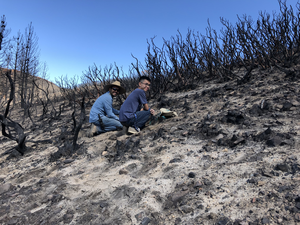 UC Riverside scientists will spend the next three years studying the traits that allow soil microbes to respond to fire, as well as the role those microbes play in storing or emitting powerful greenhouse gases like carbon dioxide or nitrous oxide.

The 2022 Joint Meeting of the Geological Society of America North-Central and Southeastern Sections will be held in Cincinnati, Ohio, on 7–8 April. We are pleased to announce a wide-ranging set of symposia, theme sessions, and short courses aligned with our meeting theme: Geoscience in a changed and changing world.

NAIROBI — The Association for African Universities (AAU), the Public Library of Science (PLOS), and the Training Centre in Communication (TCC Africa) today announced that they will collaborate to increase awareness and provide training around Open Science practices and Open Access publishing in Africa.

Deserts may seem lifeless and inert, but they are very much alive. Sand dunes, in particular, grow and move – and according to a decades long research project, they also breathe humid air.

Understanding the relationship between Mars’ climate and its axial tilt and orbit around the sun is one of the most important goals of Mars science. Most past studies toward this goal have studied the polar ice caps: huge sheets of water ice at the north and south pole. To gain more insight, a team of researchers, led by Michael Sori of Purdue University, have, instead, studied smaller ice deposits (only tens of kilometers in diameter) near the north and south pole but separate from the larger polar ice caps, located inside craters. The team found that the ice deposit in Burroughs Crater contains particularly good evidence that recent Martian climate is strongly controlled by changes in the planet’s orbit and axial tilt. 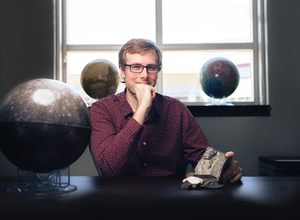 While for humans the constants might be death and taxes, for planets the constants are gravity and collisions. Brandon Johnson studies the latter, using information about impacts to understand the history and the composition of planets, moons, asteroids and meteorites throughout the solar system.