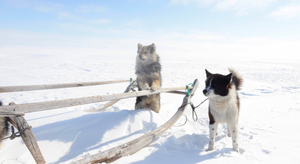 Thousands of years ago, Ancient Siberian societies that were thought to be isolated traded their dogs with outside populations, new research from University of Copenhagen finds. The trading could have happened due to the usefulness of the dogs in hunting, herding and sledding, explains lead author of the study. 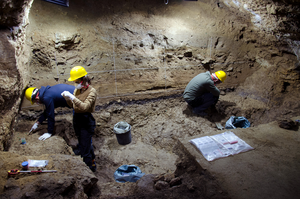 Using oxygen stable isotope analysis of tooth enamel from animals butchered by humans at the site of Bacho Kiro Cave, Bulgaria, Max Planck researchers show that human groups belonging to an early wave of dispersal of our species into Europe were faced with very cold climatic conditions while they occupied the cave between about 46,000 and 43,000 years ago. Archaeological remains at Bacho Kiro Cave currently represent the oldest known remnants of Upper Palaeolithic Homo sapiens in Europe, and thus open a unique window into the time when our species started to move out of the Levant and establish itself across the mid latitudes of Eurasia as part of an archaeological phenomenon called the Initial Upper Palaeolithic.

Shell beads found in a cave in Morocco are at least 142,000 years old. The archaeologists who found them, which include a University of Arizona researcher, say they're the earliest known evidence of a widespread form of human communication. 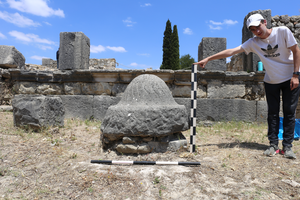 A study on stone tools from an outpost of the Roman Empire has found that for ancient bakers and millers, having the right tools was a matter of geology. 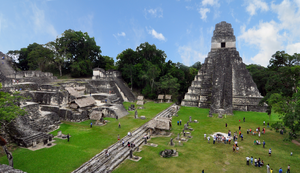 Early Maya cities featured monumental complexes, which centered on a shared form of religion but these complexes transformed radically once kingship emerged in 400 B.C. To solidify their power, rulers throughout the Maya lowlands would change these complexes, installing their mark on the landscape and reshaping how people remember it, according to a Dartmouth study published in "Ancient Mesoamerica."

Researchers at Binghamton University, State University of New York have demonstrated the effectiveness of using drones to locate freshwater sources at Easter Island.

The astronomer’s observing chair as both image and object, and the story it tells about a particular kind of science and a particular view of history.